I’m a trend setter, an adventurer, a coffee lover and a photographer! I love experiments and personal projects. Finding new perspectives and breathing in new life into old boring scenes is what inspires and gets me excited! If you call yourself a creative, proudly wear that title, be memorable, inspire others and always be ahead of the crowd! Be Evóra!
FOLLOW ME
PREV
Jon and Kristina Engagement Session Point Pleasant Beach NJ

Jake and Nicole’s engagement session long beach island was by far one of the best sessions I have had the pleasure of capturing. The setting was perfect, the sunset was perfect, and the people were perfect.

If you could achieve absolute perfection, this how it would look.  I met Jake and Nicole at a family party about a year ago. I have known his family for years, and when he reached out to me about shooting their wedding, I was honored.

My favorite part of the session is when we went on his uncle’s boat. I asked Nicki when I got there if we would be able to get out on the boat, and she said absolutely. We didn’t even plan for it, and those ended up being the best set of photos. We also had their entire family on the boat with us, which made it even more special. Engagement Session Long Beach Island NJ 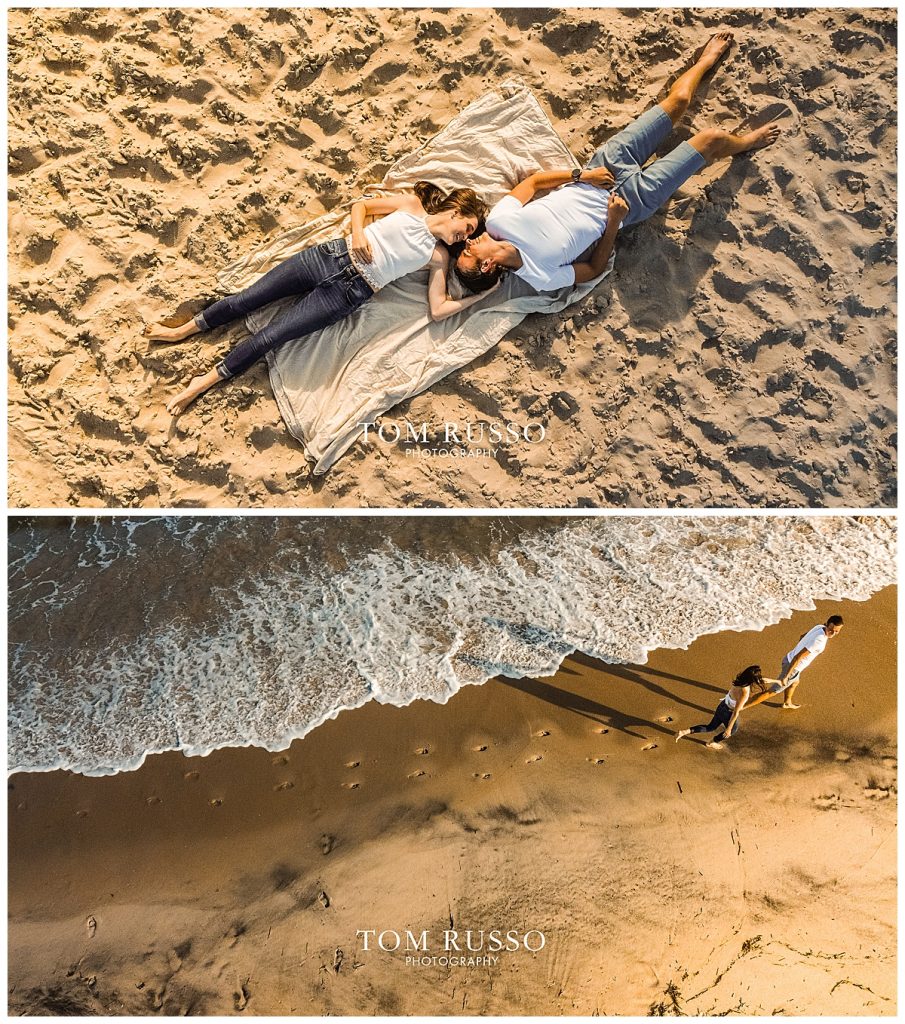 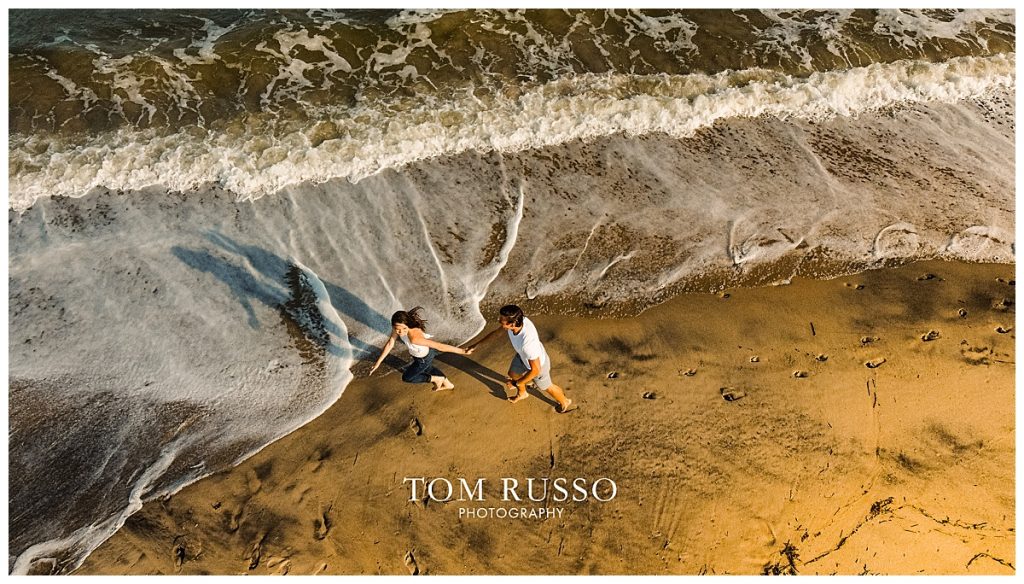 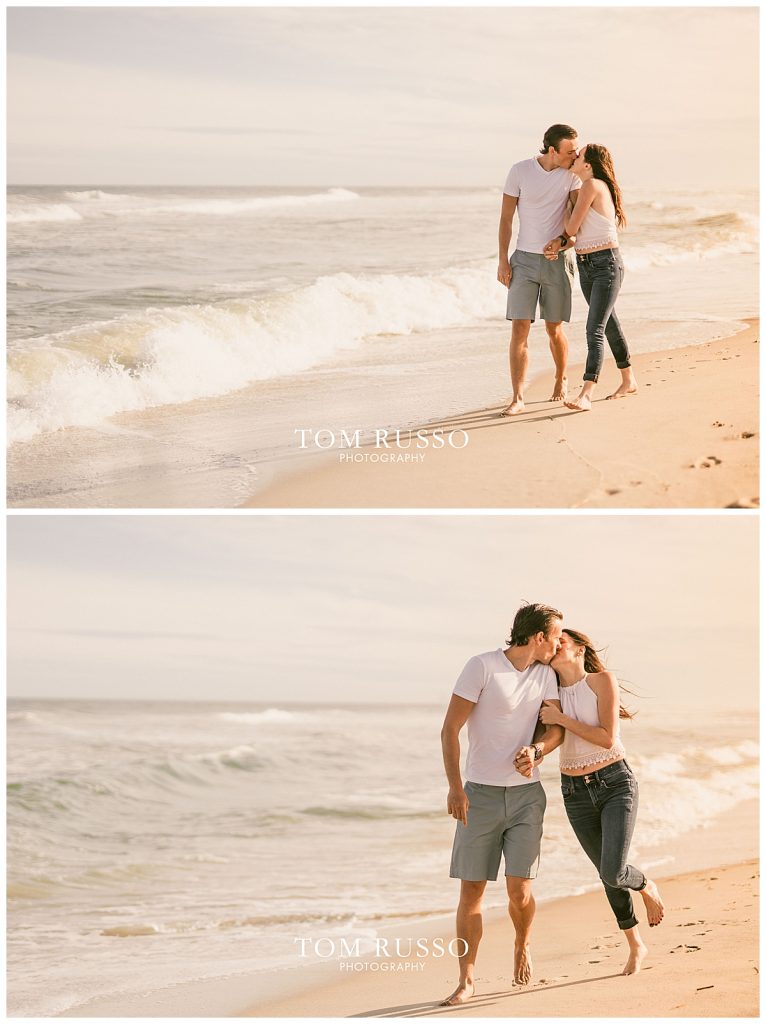 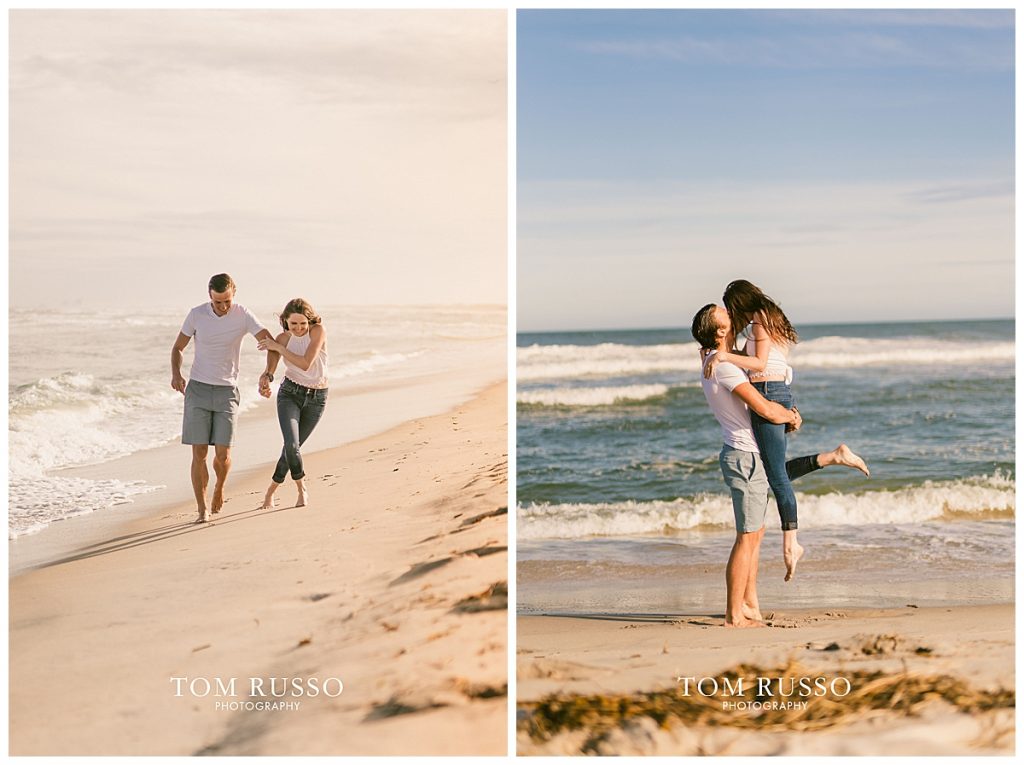 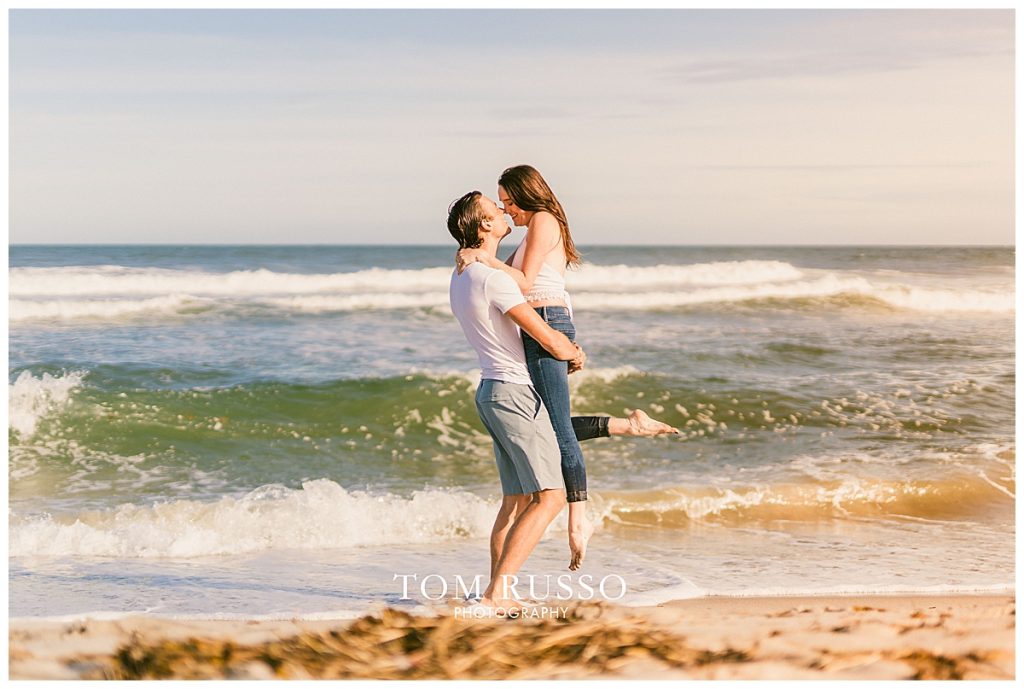 Jake and Nicole met back in 2015 when they were both in college. Jake went to Temple, and Nicole went to Penn State. Nicole majored in Kinesiology at Penn State and then went back to school for Nursing at Jefferson University.

Jake went to Temple University, where he double-majored in Marketing and Risk Management and Insurance.

It was at Jake’s apartment where Nicki first locked eyes with Jake. They met through her cousin Jim who was friends with Jake. Nicki told me that they locked eyes and hadn’t stopped talking from the moment they met.

I asked Nicki who struck conversation first, and she said, “I did.” Engagement Session Long Beach Island NJ

They went on their first date three weeks after they started talking but saw eachother at two parties in between that time. Jake took Nicki to Peddler’s Village. They had dinner at the Buttonwood Inn, got some hot chocolate from Pigadilly’s, and saw the Christmas lights. Engagement Session Long Beach Island NJ

The following night, at Temple on the Turf Field, Jake asked Nicki out, and the rest is history. Engagement Session Long Beach Island NJ 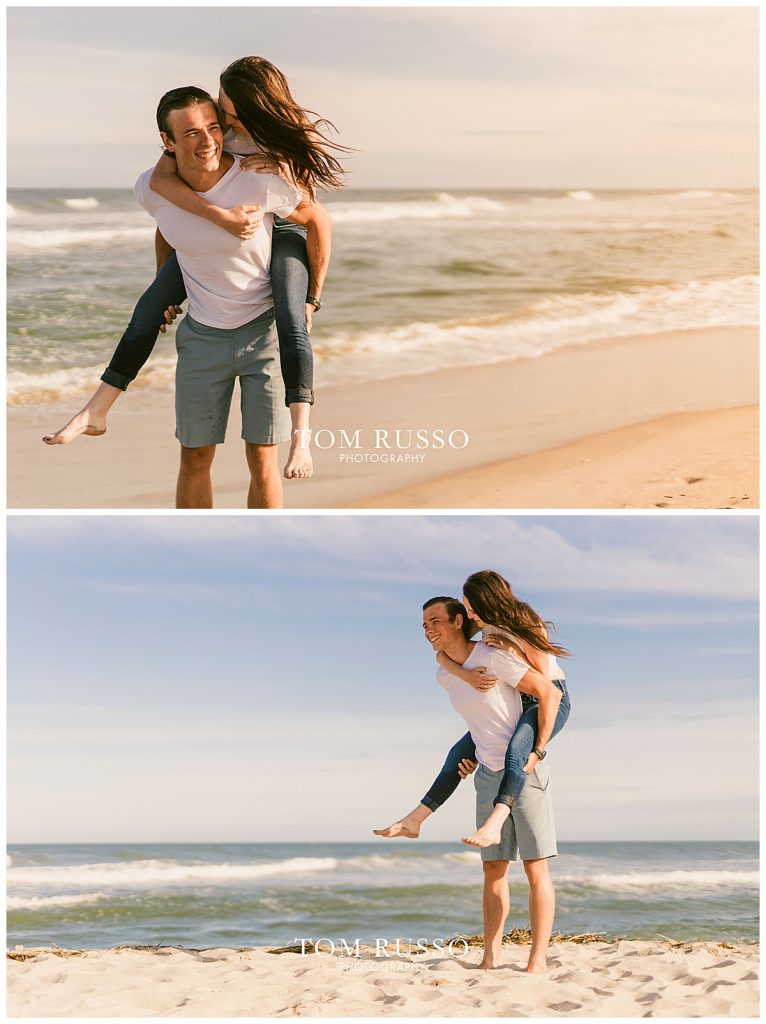 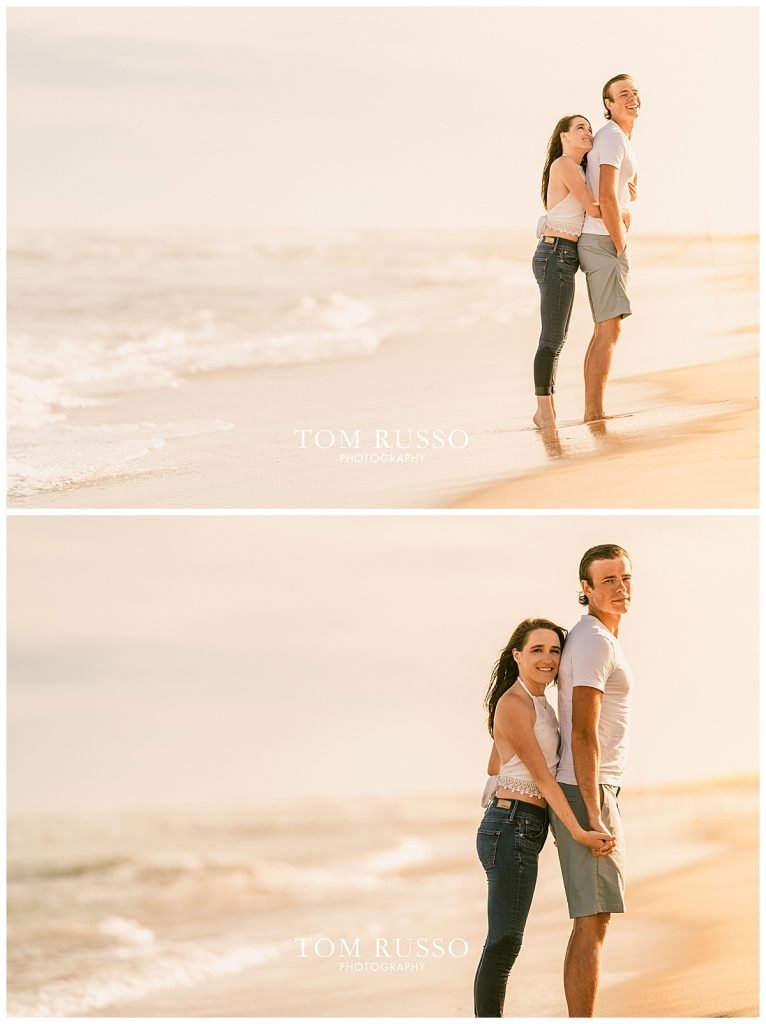 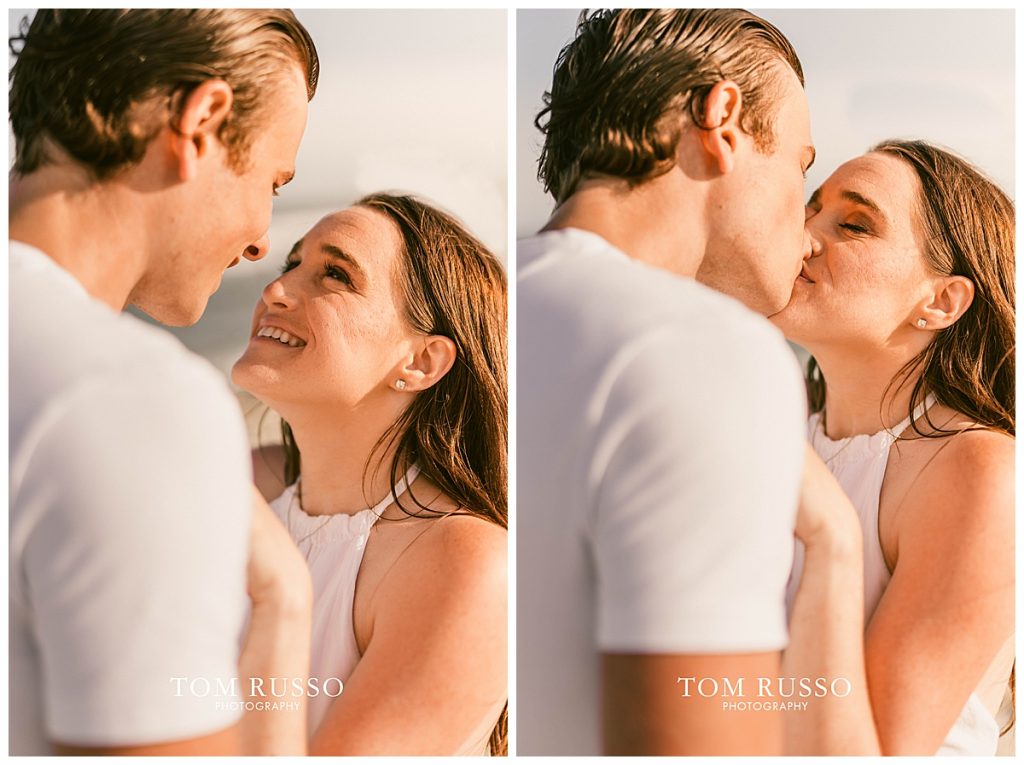 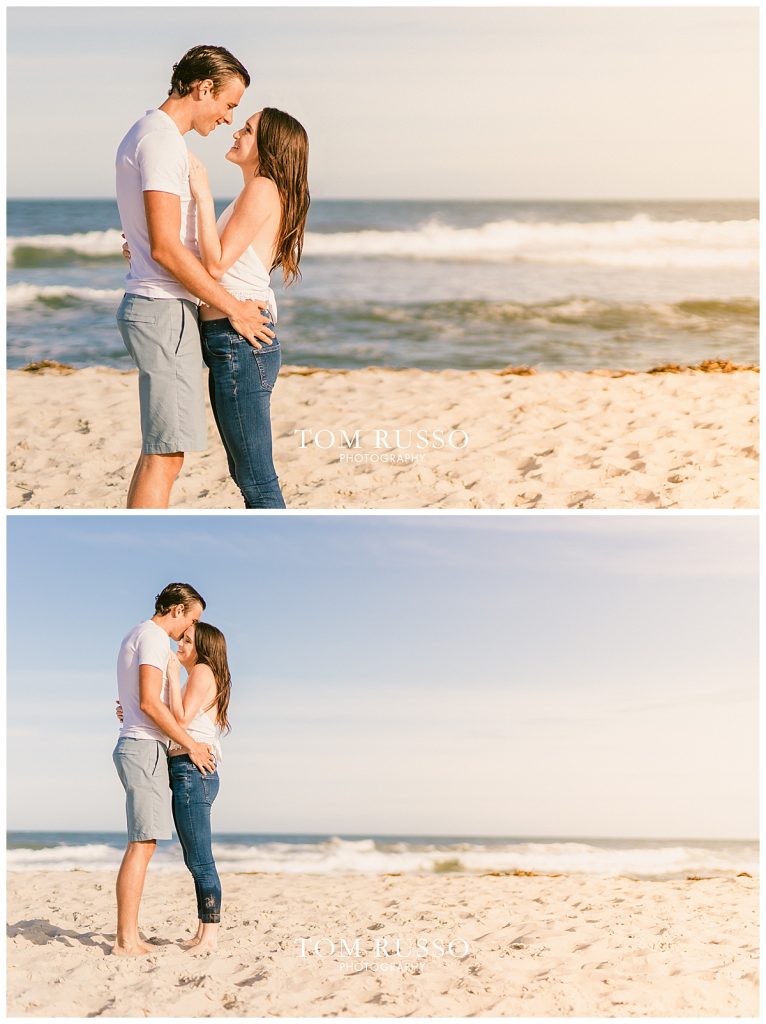 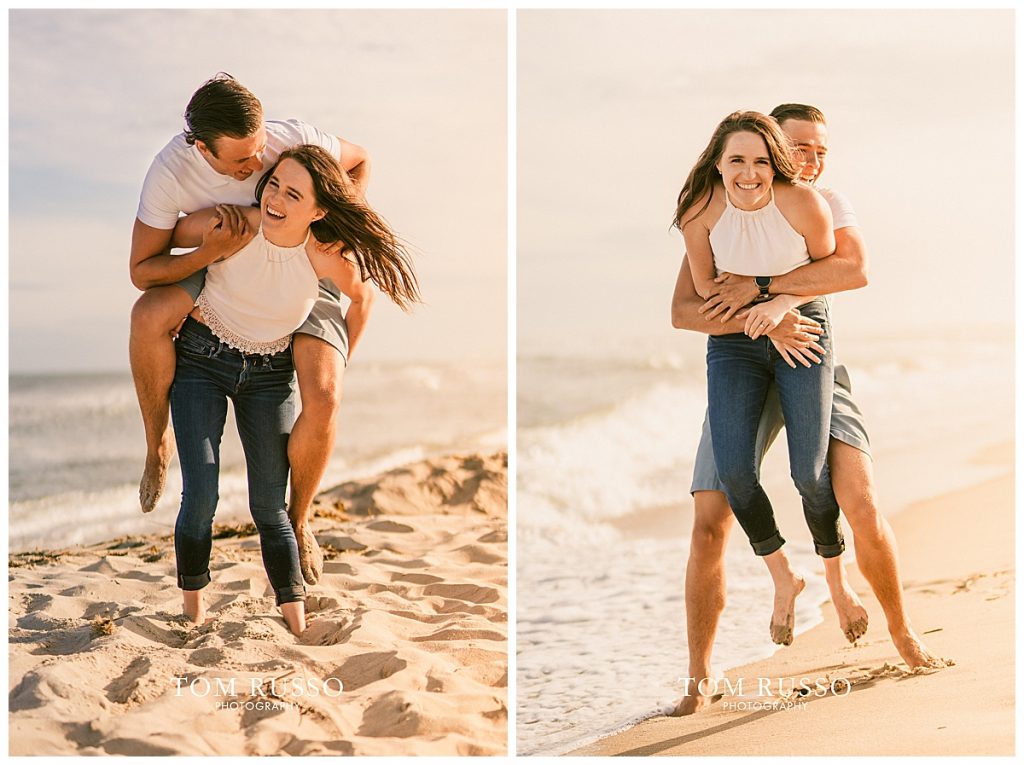 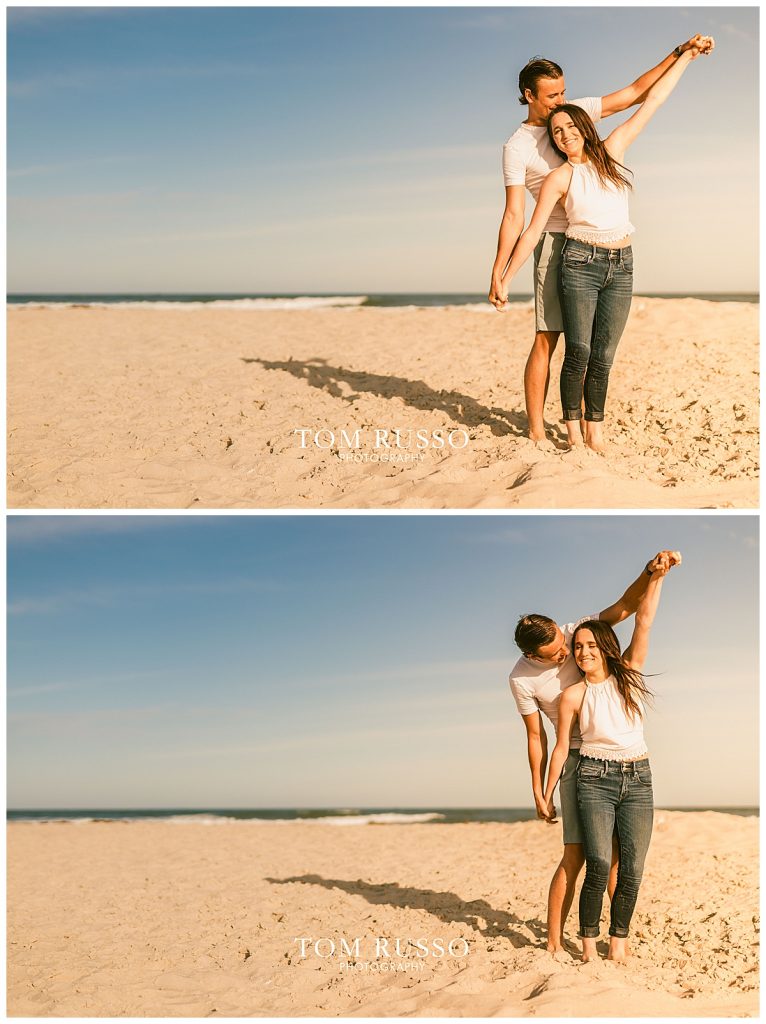 The night that Jake asked Nicki to be his girlfriend, Jake told Nicki that he loved her, and she said that the feelings were mutual. Engagement Session Long Beach Island NJ

The fact that they knew from day one that they were meant to be with each other. They instantly knew that they loved eachother.

“What I love the most about Jake is how much he puts into all his relationships with family and friends.”

“What I love the most about Nicki is her big heart. She loves me and everyone in her life so much.” Engagement Session Long Beach Island NJ 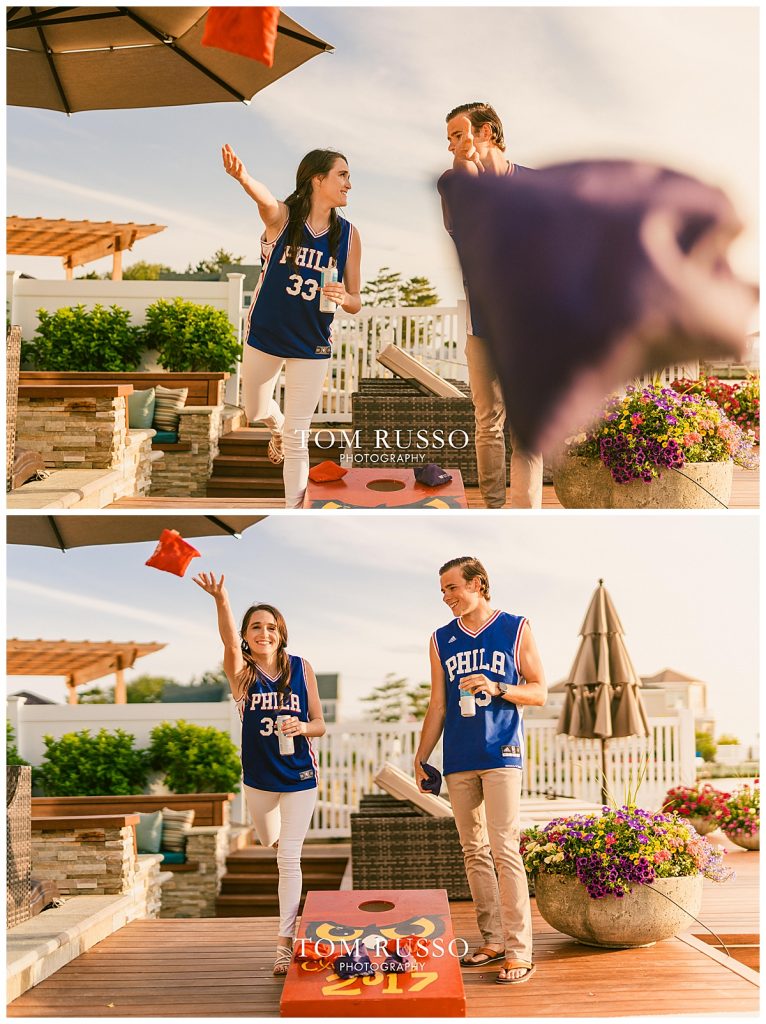 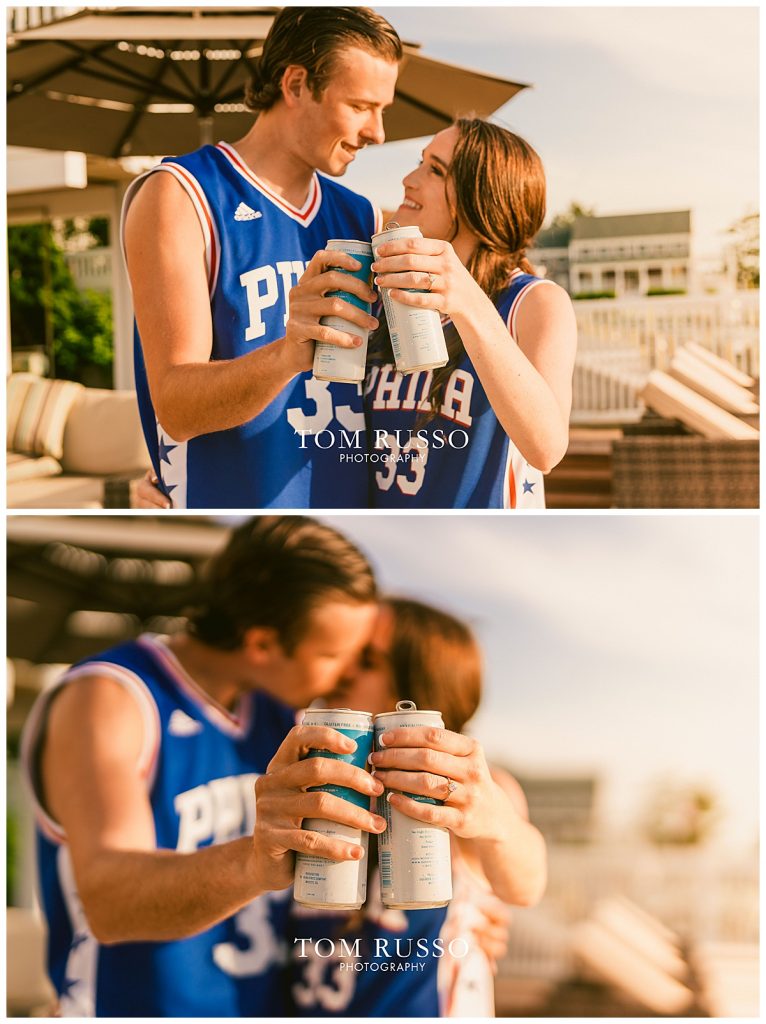 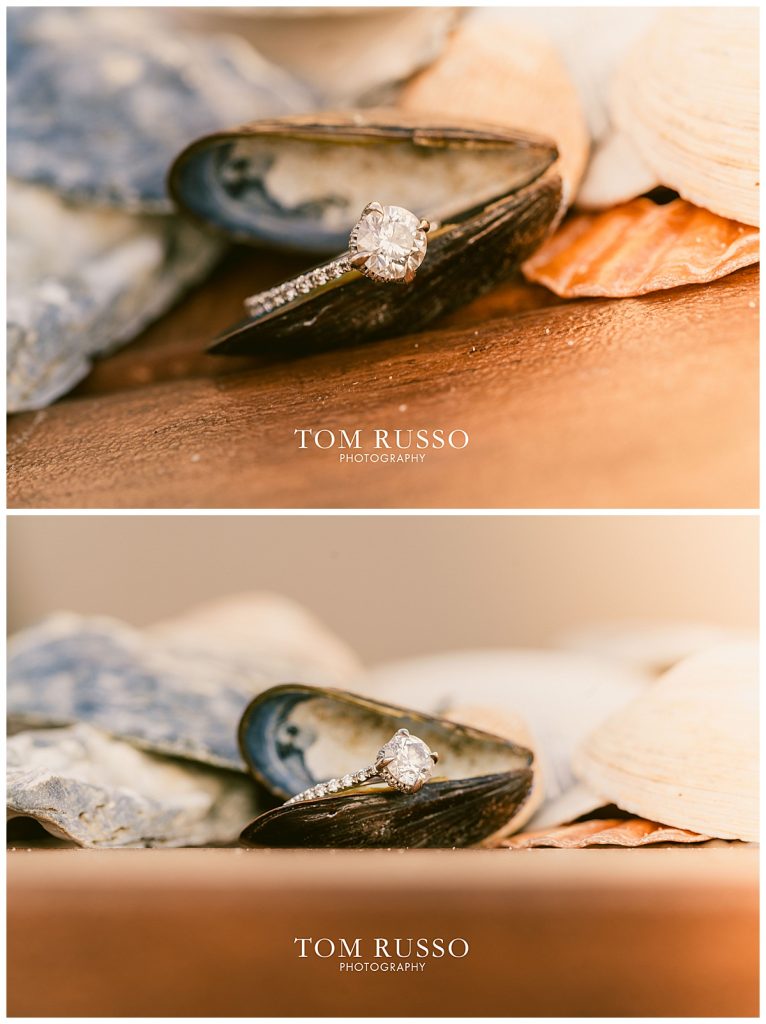 WHEN DID HE PROPOSE?

Jake and Nicki had gone to a Temple football game where they tailgated beforehand with both sets of their parents, his brother, aunt and uncle, and her best friend, Emily. Engagement Session Long Beach Island NJ

Meanwhile, Jake had a group of family and friends at home to surprise Nicki, after the football game. When they got home, he dropped on one knee and asked her to marry him.

I asked Nicki if she was suspicious or had an inkling about the proposal and she said “I was the month leading up to it, but for some reason that day I didn’t think it would happen.”

She told me the one word to describe the night was “Bliss.” 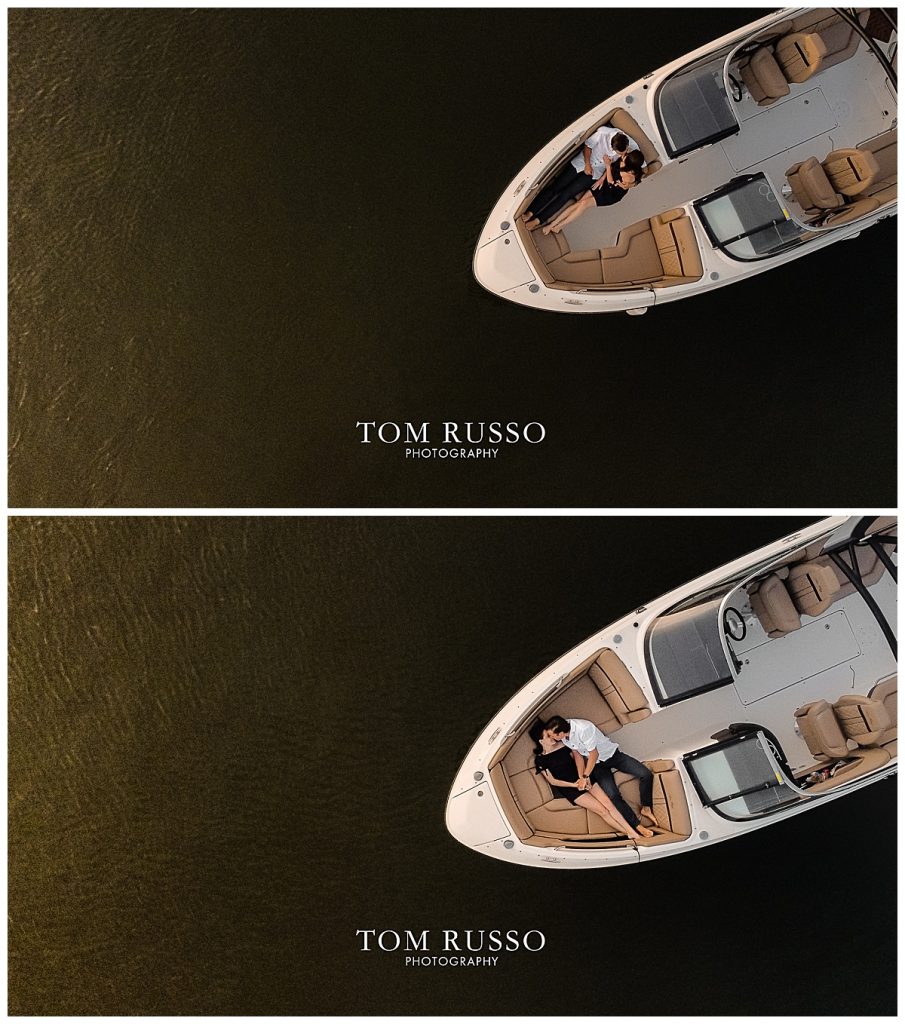 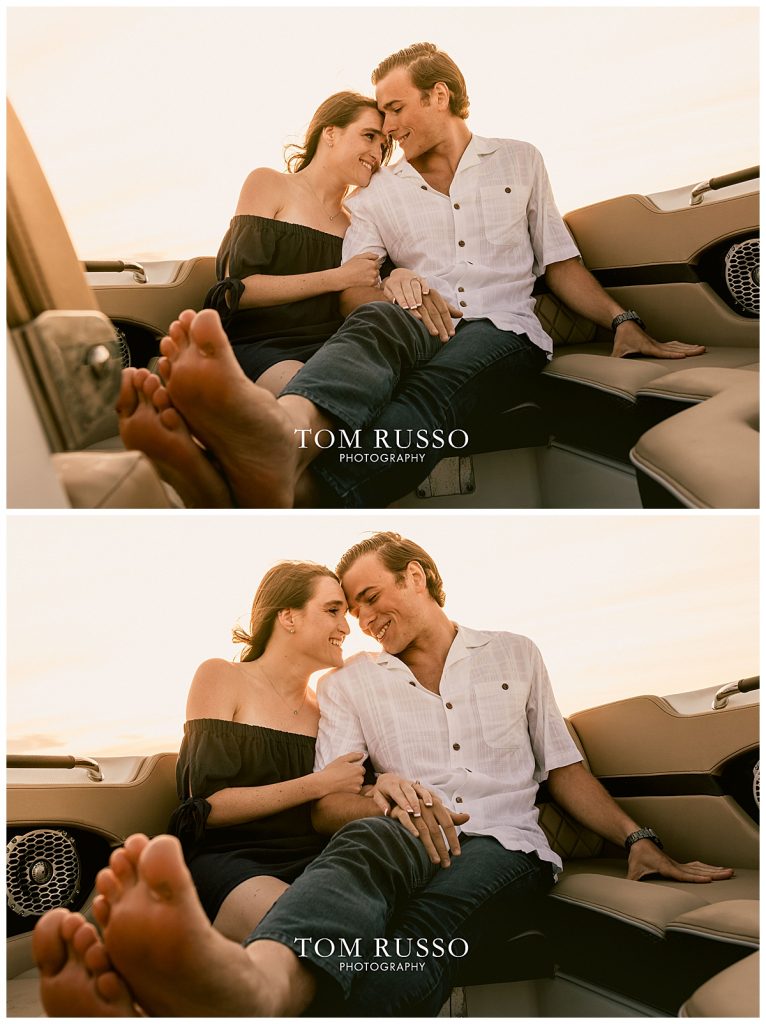 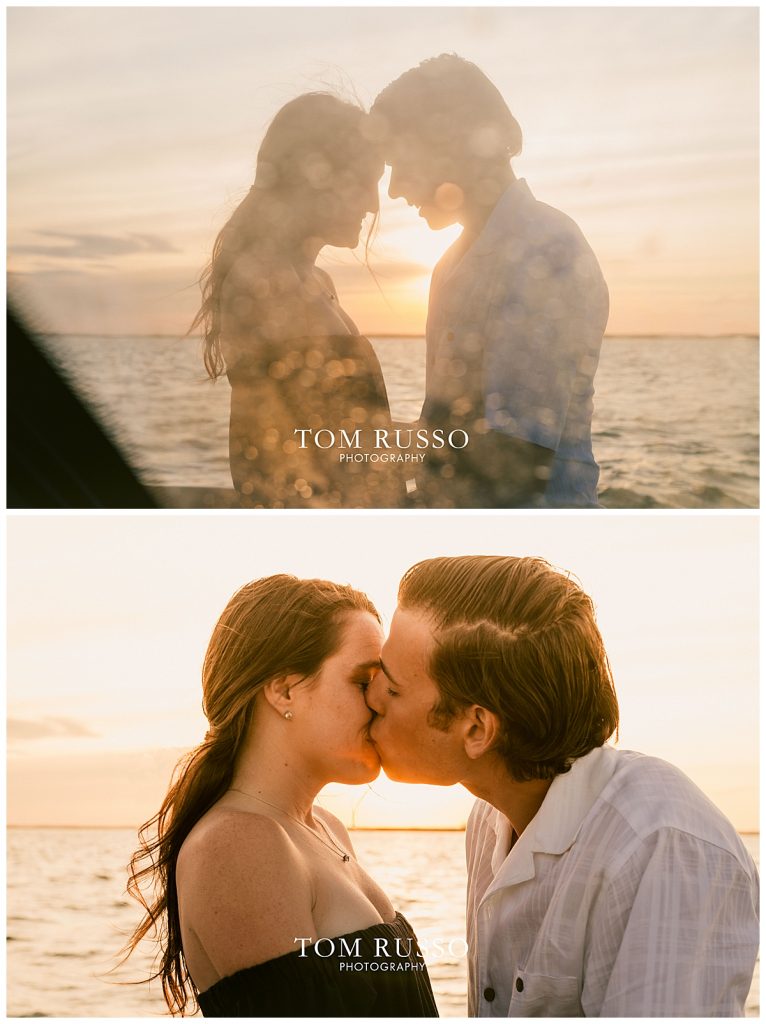 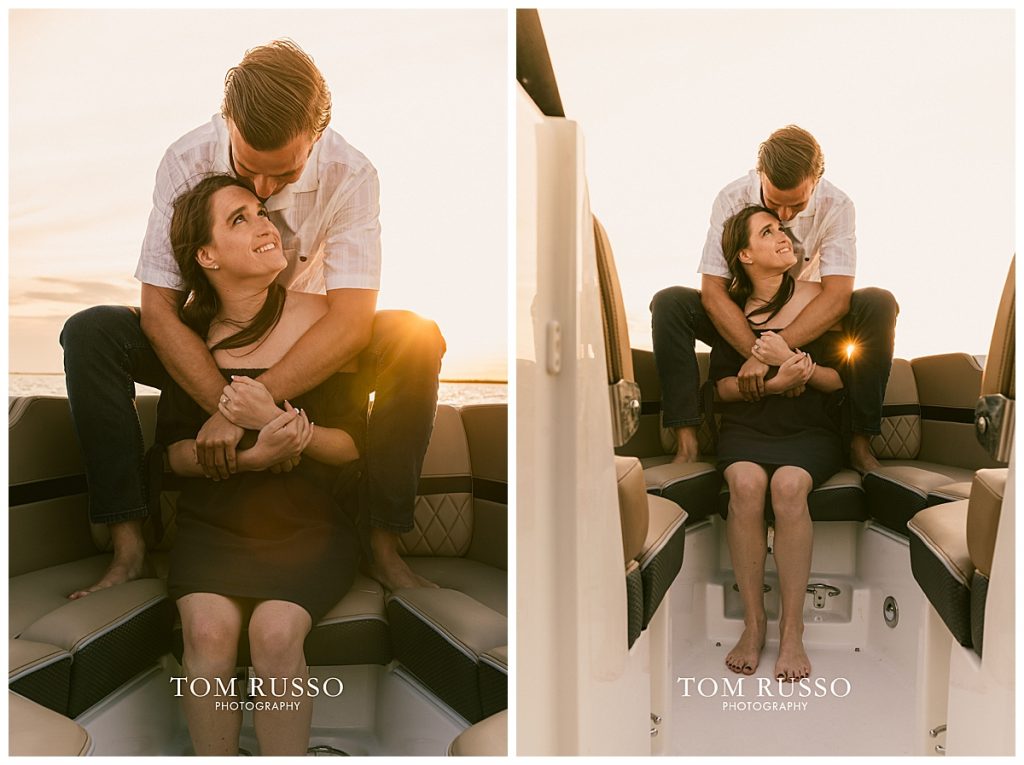 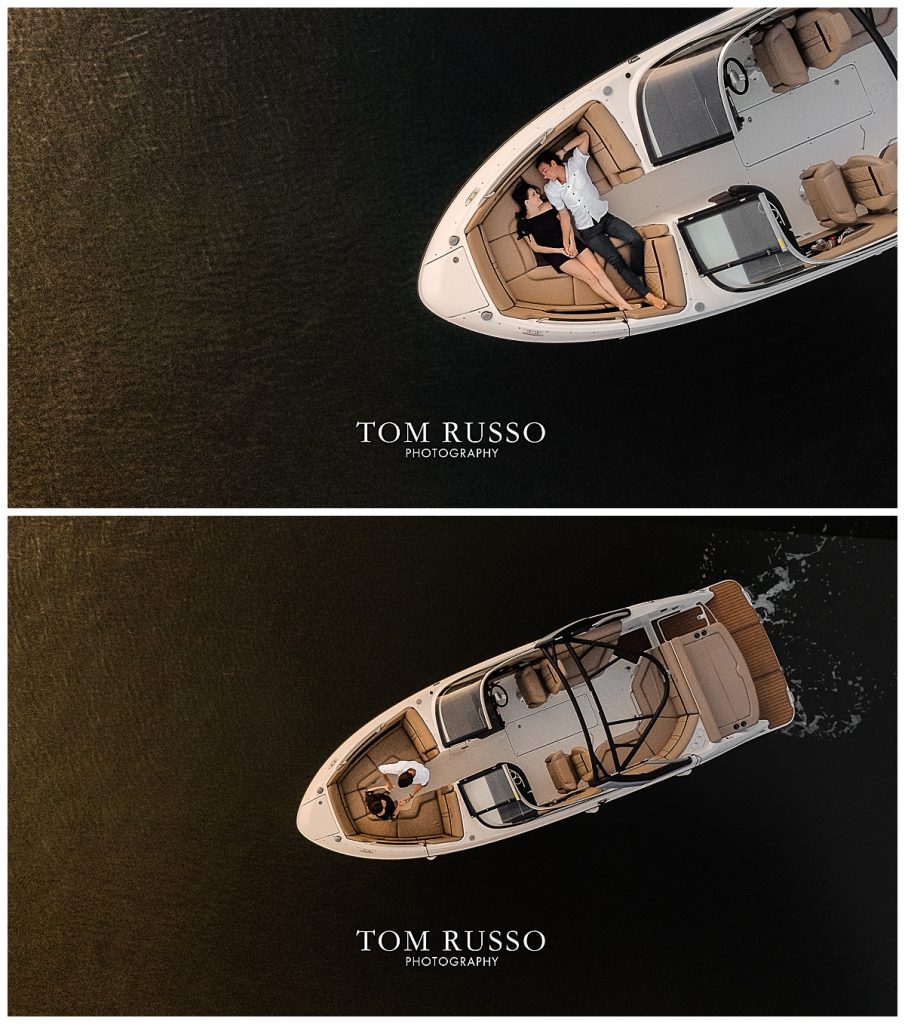 WHAT ARE YOU MOST EXCITED ABOUT FOR YOUR WEDDING?

“Having all of our family there to celebrate with and tying the knot on eternal love.”

YOUR LOVE STORY IS MADE INTO A MOVIE – WHAT IS THE TITLE?

“The sport of love.”

DESCRIBE YOUR RELATIONSHIP IN FIVE WORDS

WHAT IS SOMETHING THAT MEANS THE MOST TO YOU?

Jake and Nicole’s Session has been published by several wedding websites and magazines including Tacari Weddings & Betrothed Magazine. One of the drone images also won an international photography award from Wedawards 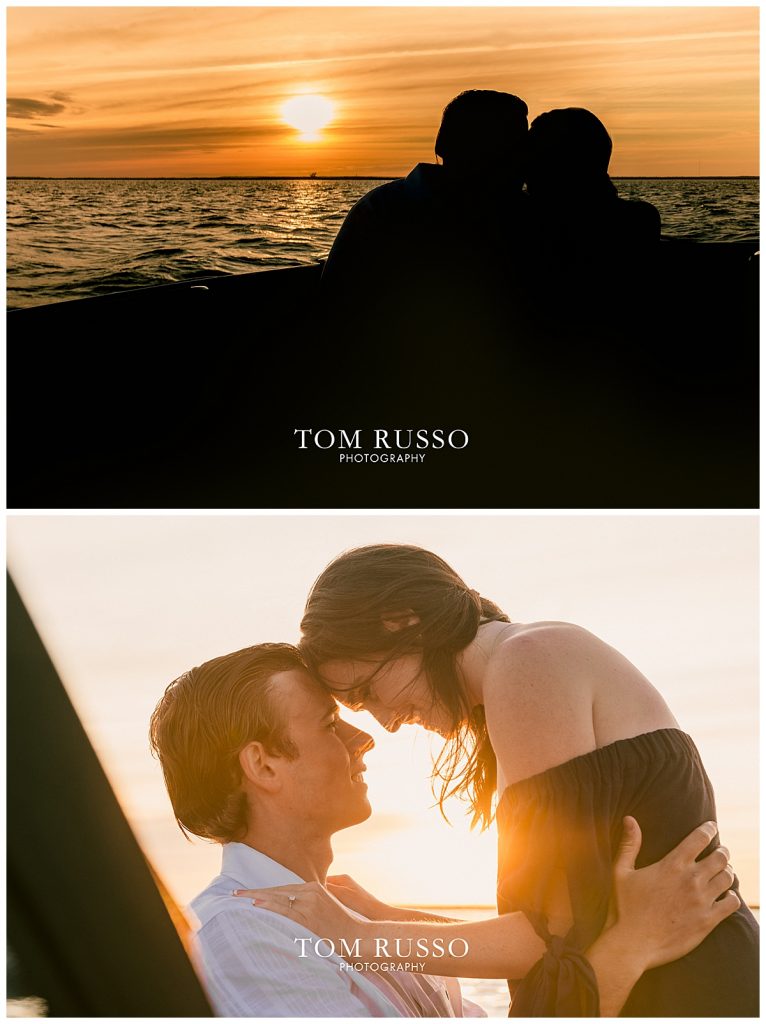 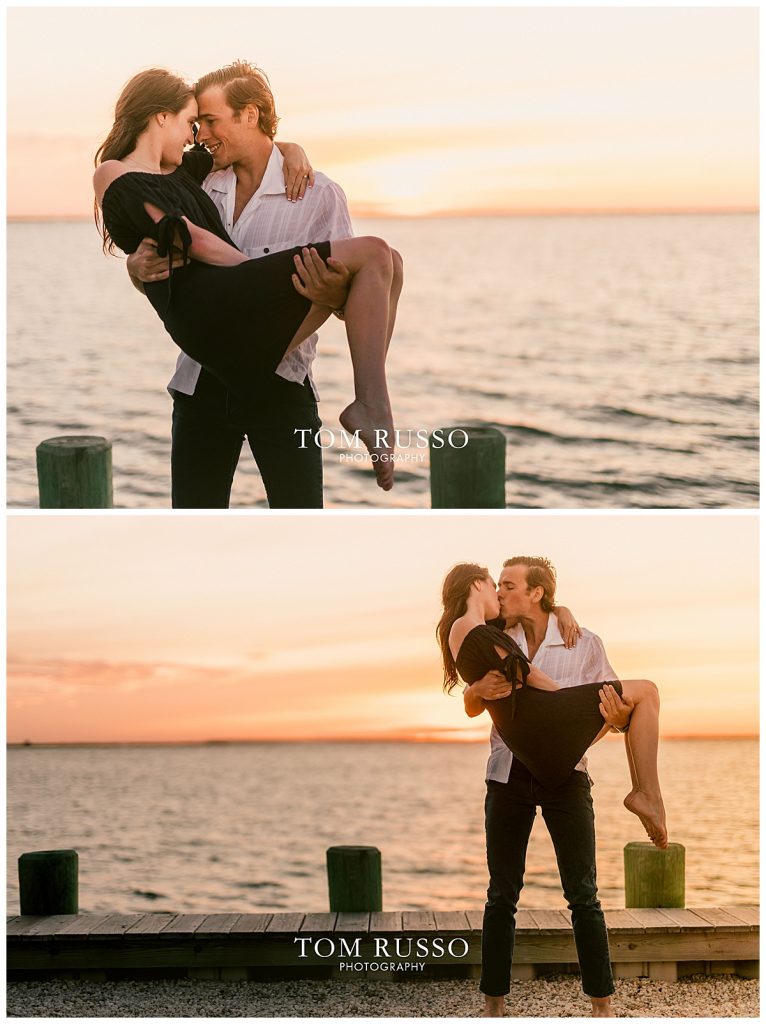 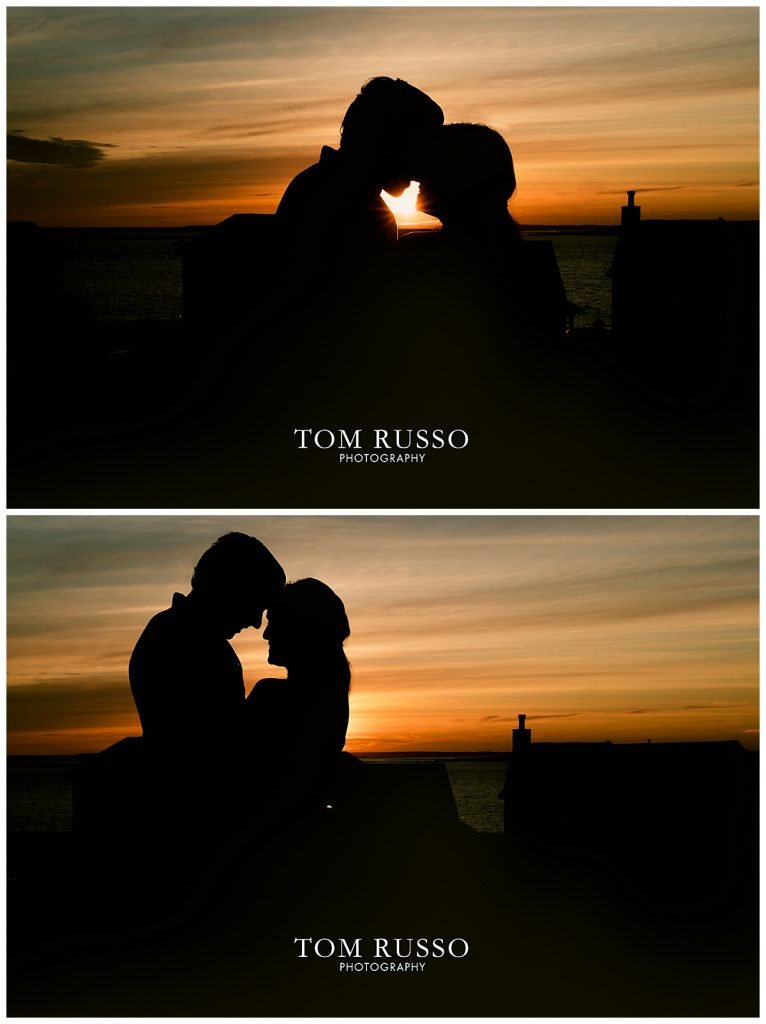 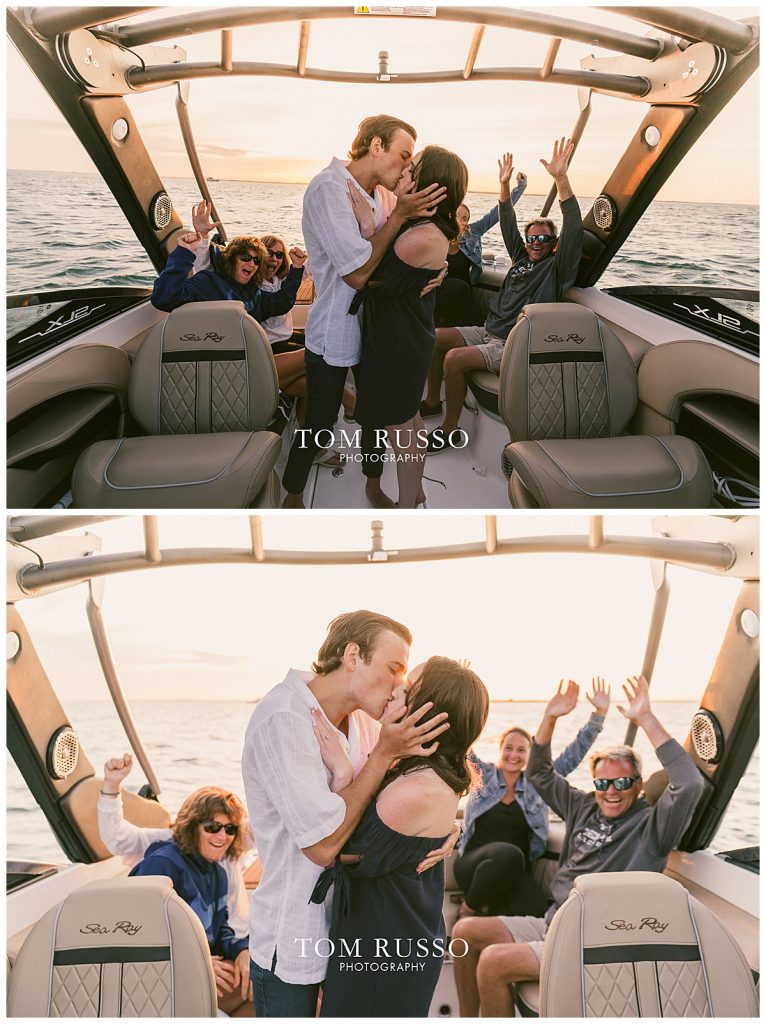 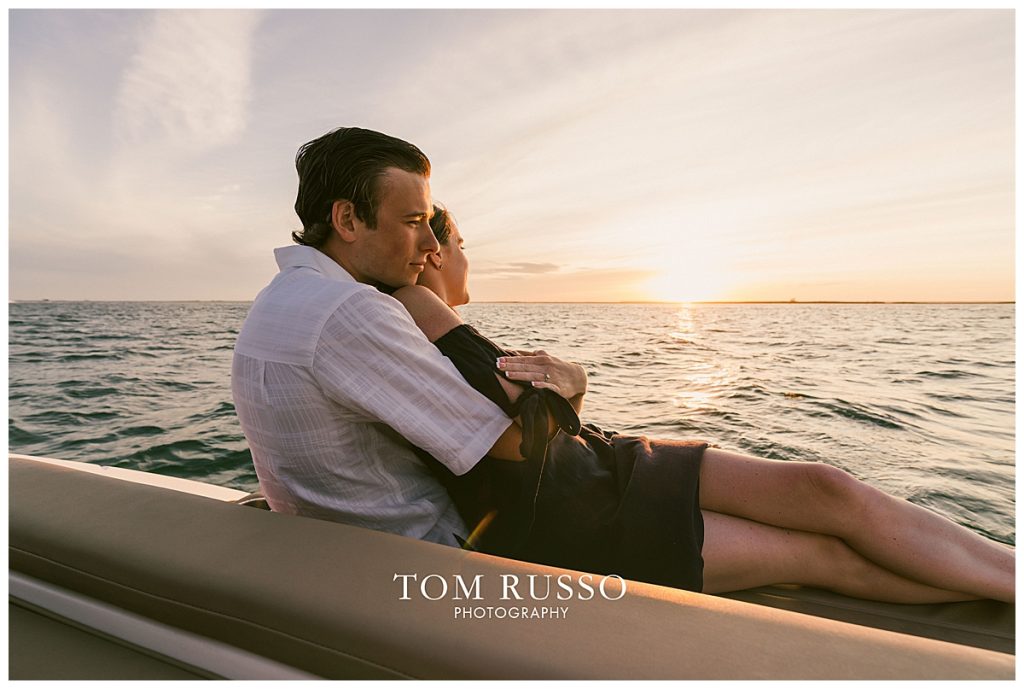 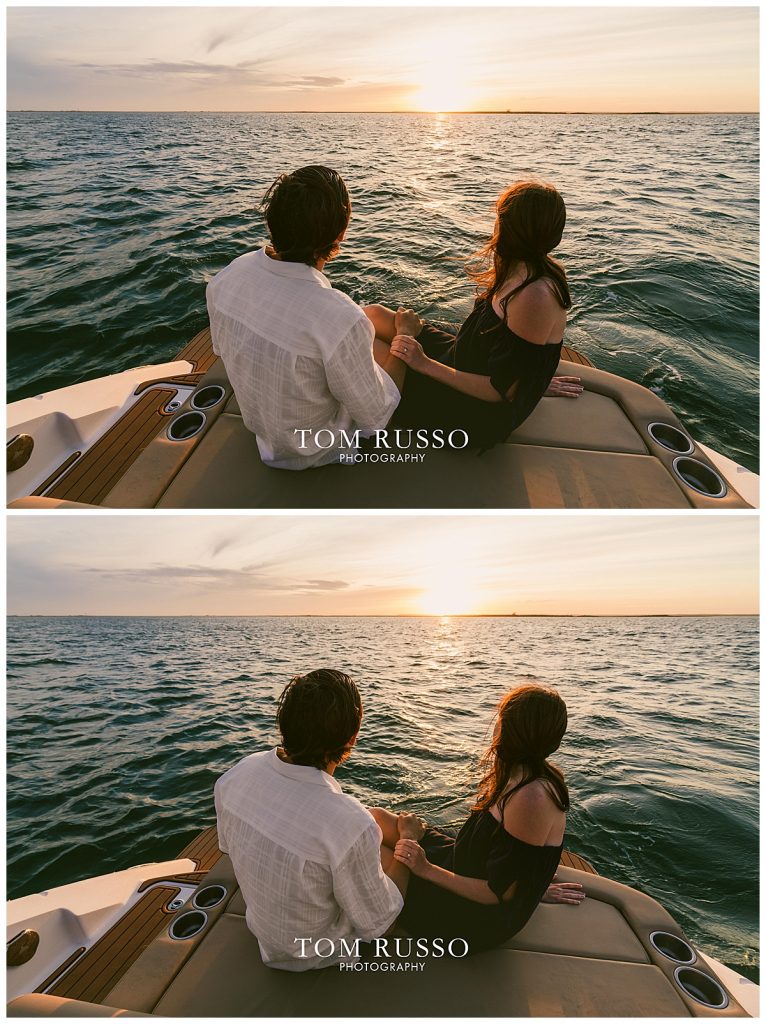 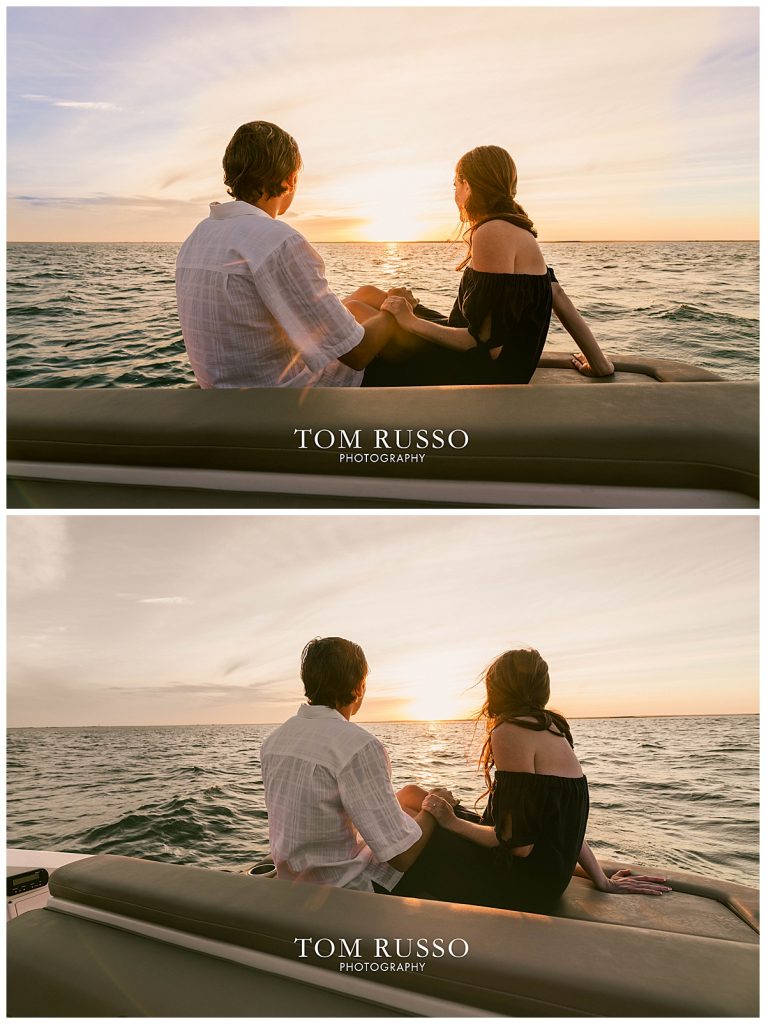 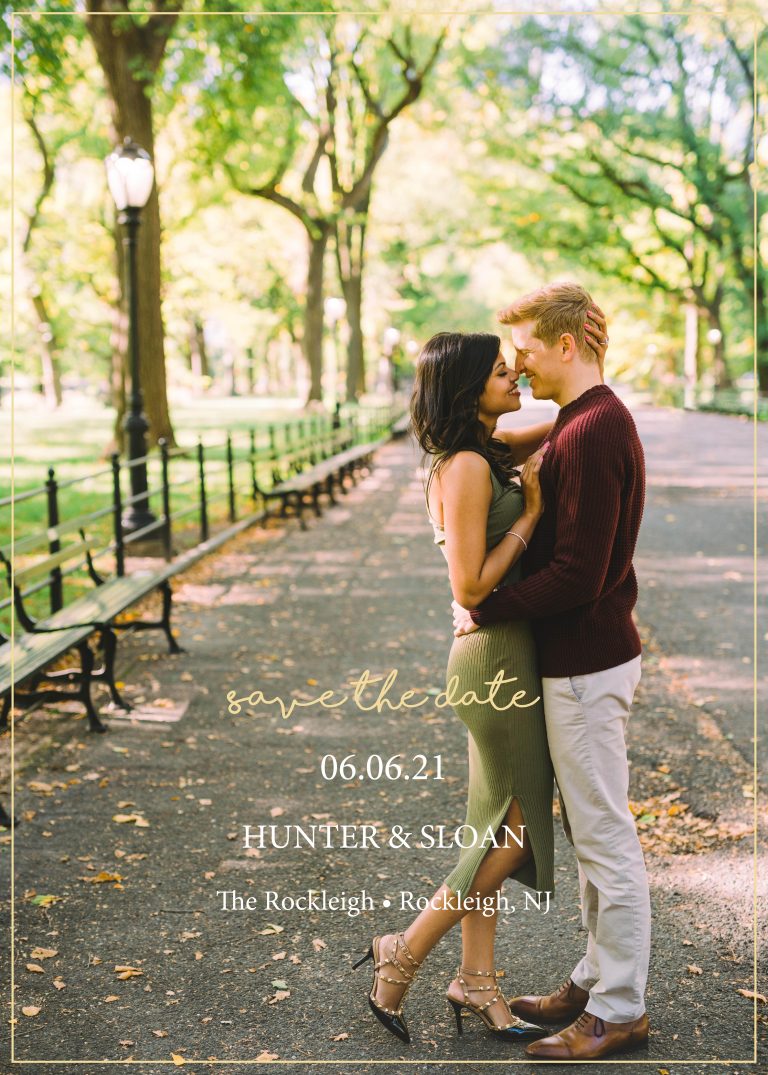 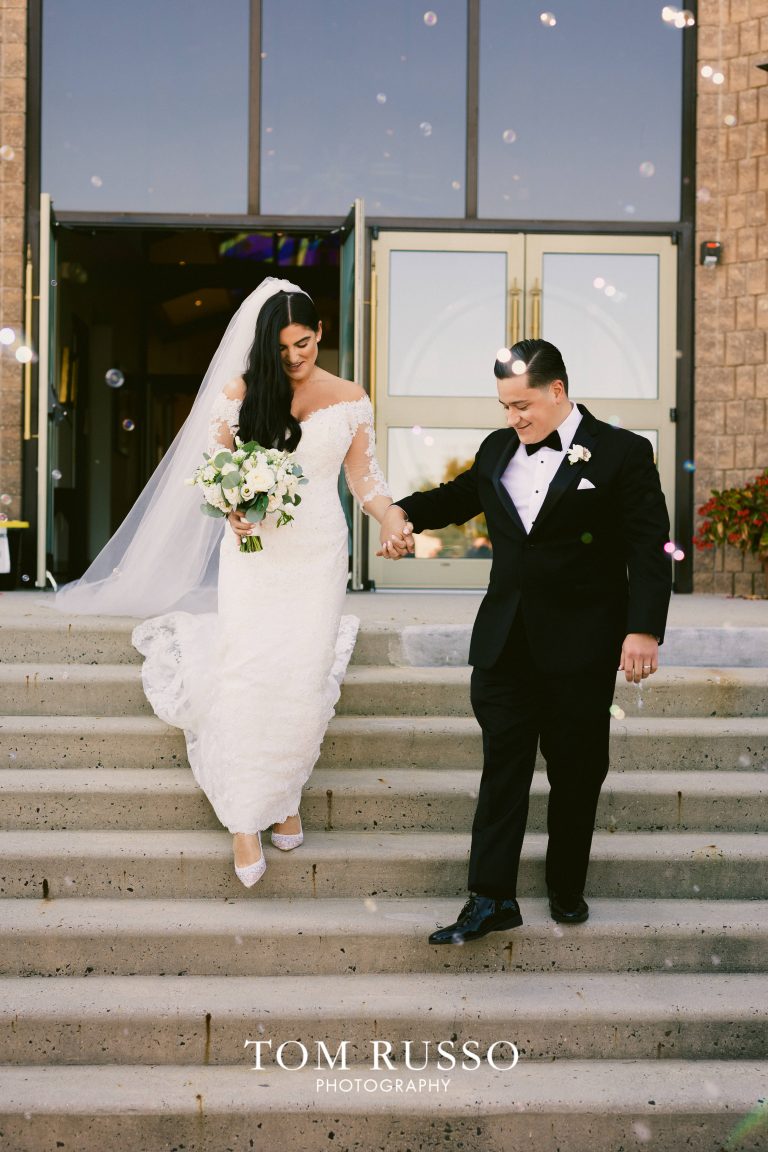 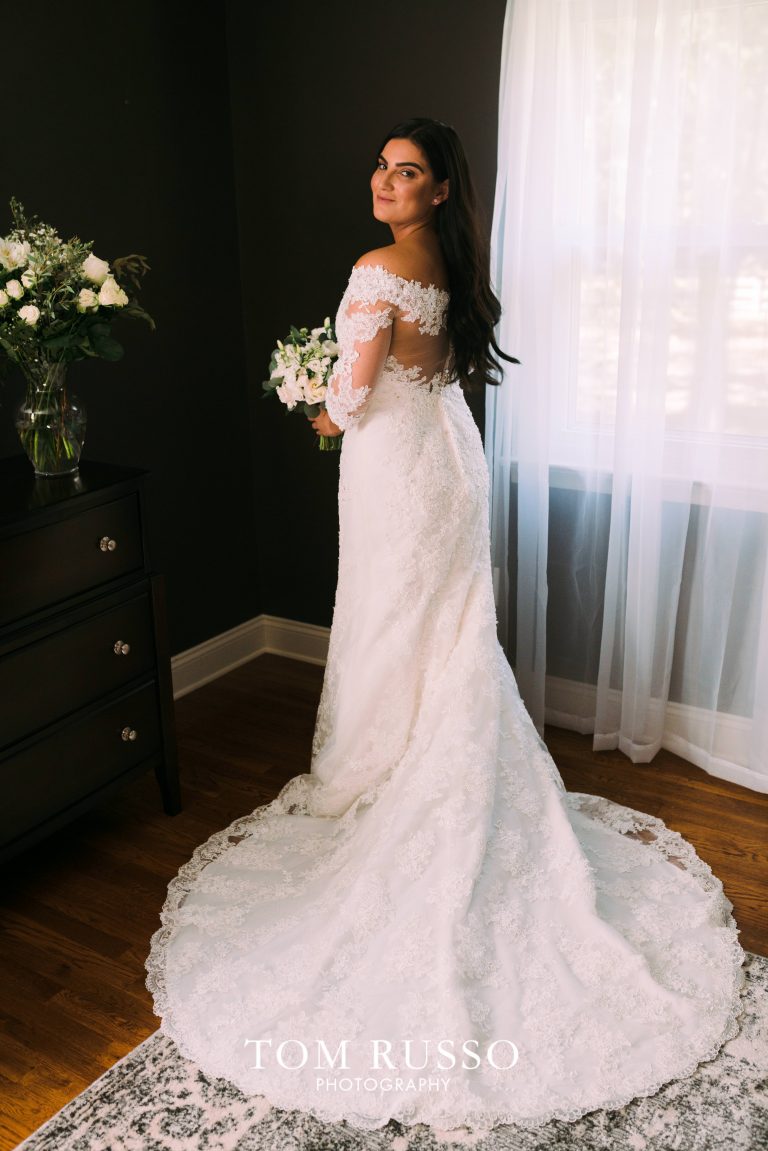