I’m a trend setter, an adventurer, a coffee lover and a photographer! I love experiments and personal projects. Finding new perspectives and breathing in new life into old boring scenes is what inspires and gets me excited! If you call yourself a creative, proudly wear that title, be memorable, inspire others and always be ahead of the crowd! Be Evóra!
FOLLOW ME
PREV
Laura & Austin Engagement Session Provo Canyon UT 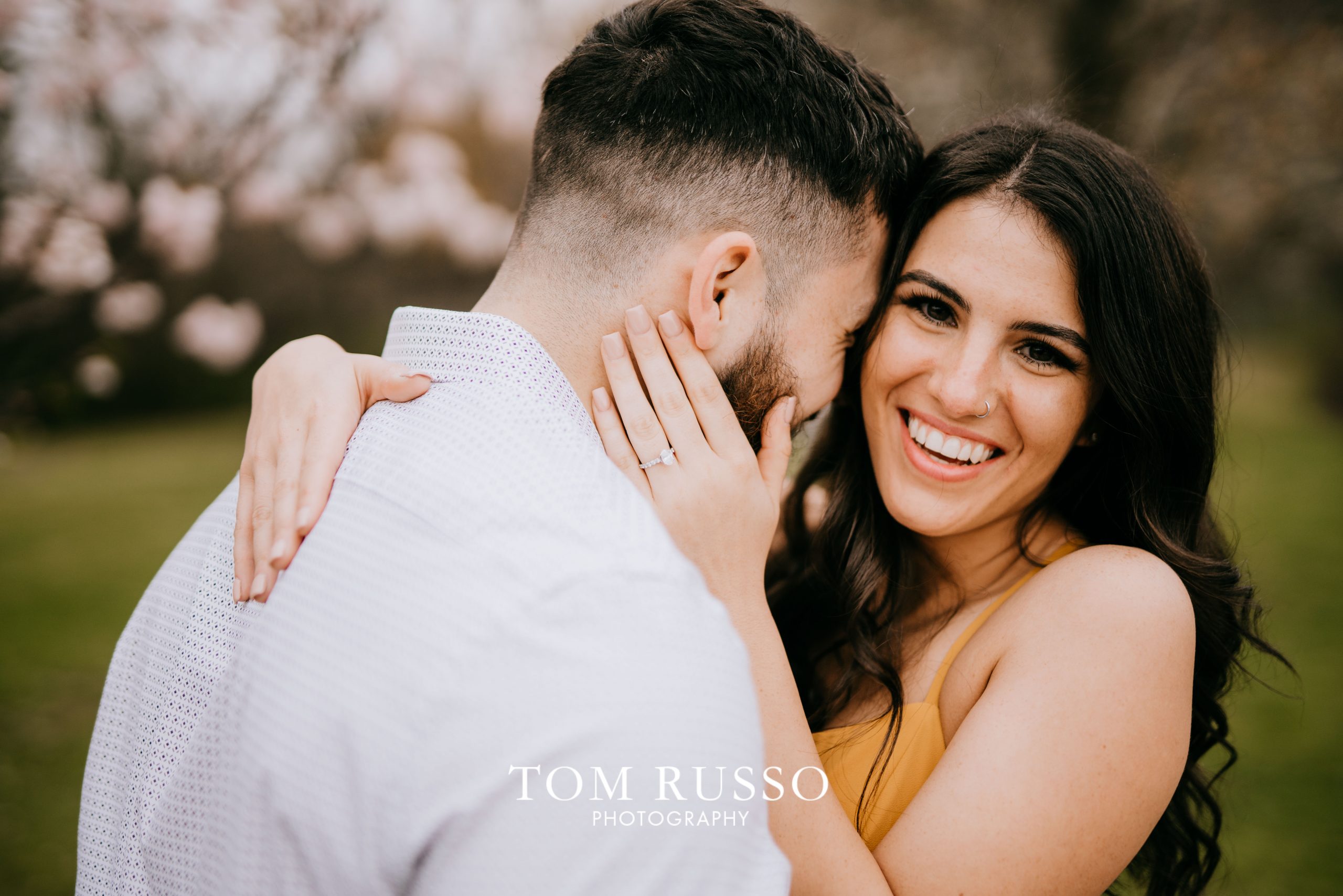 Gina & John’s Engagement Session Verona Park was a huge and beautiful success! The weather has been so touchy this month that it is hard to keep sessions on their original scheduled days. It wasn’t until about an hour before the session that we decide on the final location and to shoot this day or not. We prayed to the rain gods that we would be able to shoot and they definitely heard our prayers. There was a drop of rain in the sky. Engagement Session Verona Park

I love shooting at this time of the year. Everything starts to bloom and every backdrop is beautiful. These two weeks have been crazy because everyone who wants to do spring sessions wants it during Cherry Blossom season, which is such a very short time frame.

I met Gina & John through a mutual friend and I absolutely love them. We had such a beautiful session yesterday. You could tell that Gina was nervous in the beginning but about 10 minutes after we started she nailed it! John was a rockstar from the start! What I love the most about these two is that they are simple and easy-going people. Engagement Session Verona Park

Gina’s smile is super infectious and they know exactly what to say to each other to get a giggle out of each other. I love their genuine smiles and inseparable connection. You can tell that they are super in love and I cannot wait to photograph their wedding. It is going to be a magical day and all their images are going to be STUNNING! Engagement Session Verona Park

Gina & John are tying the knot in September 2022 at the Palace at Somerset! 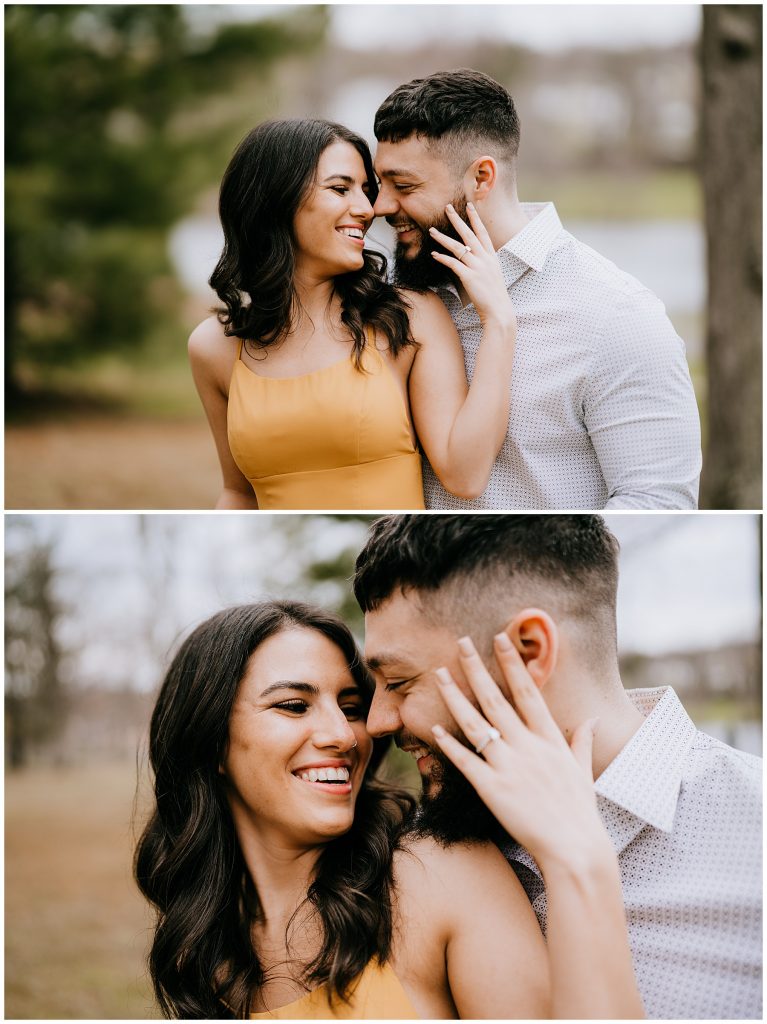 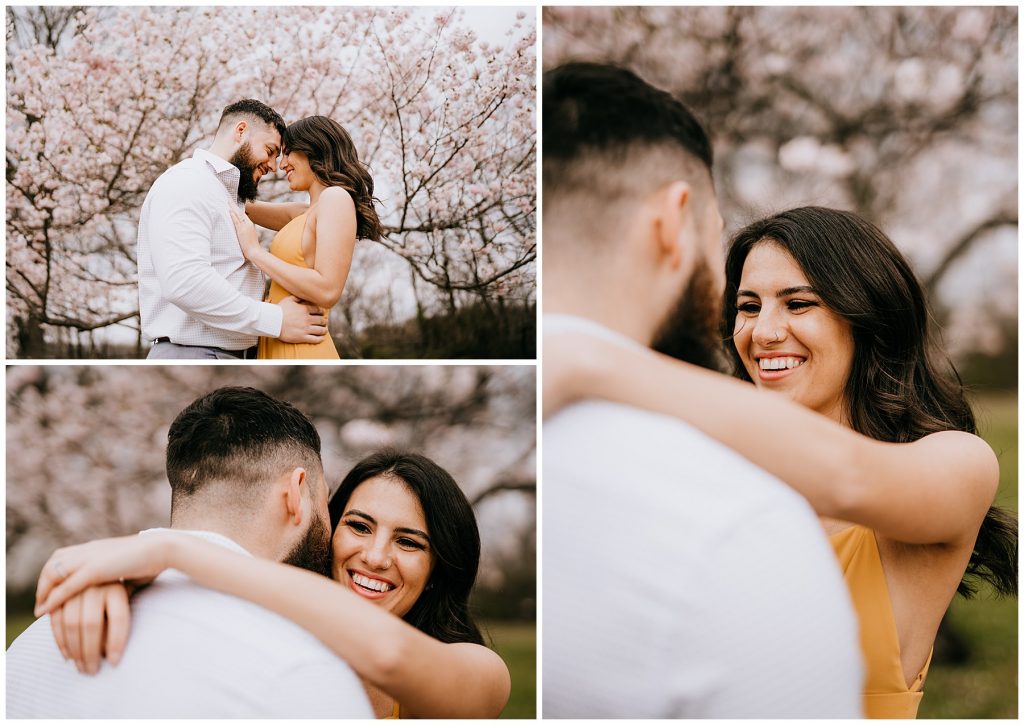 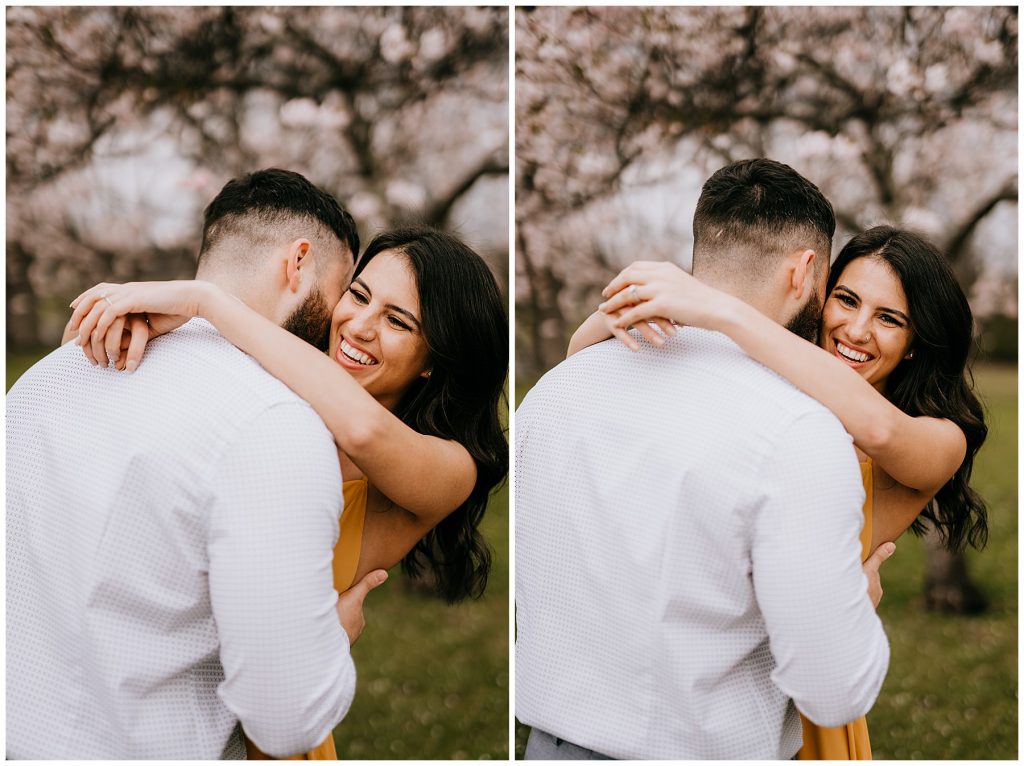 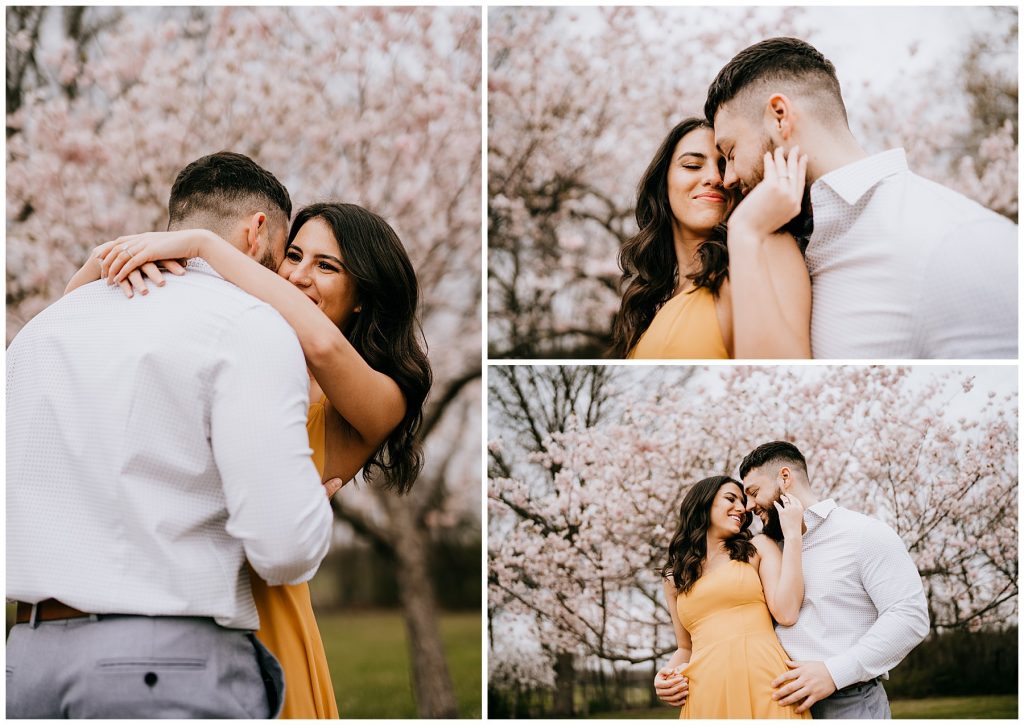 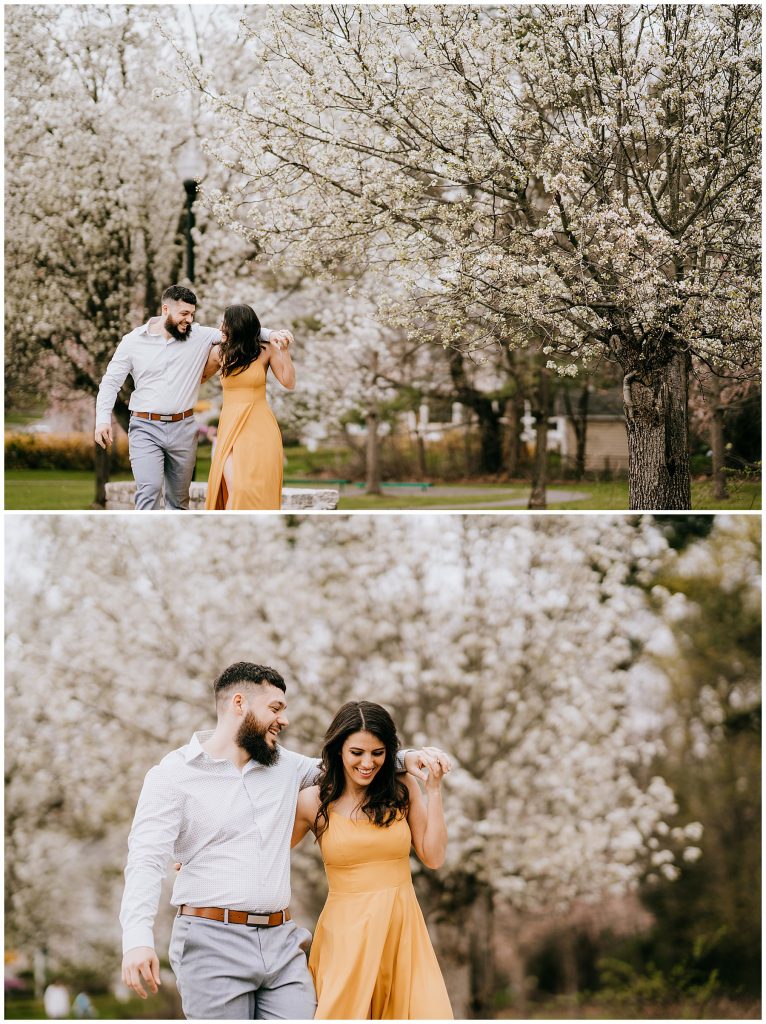 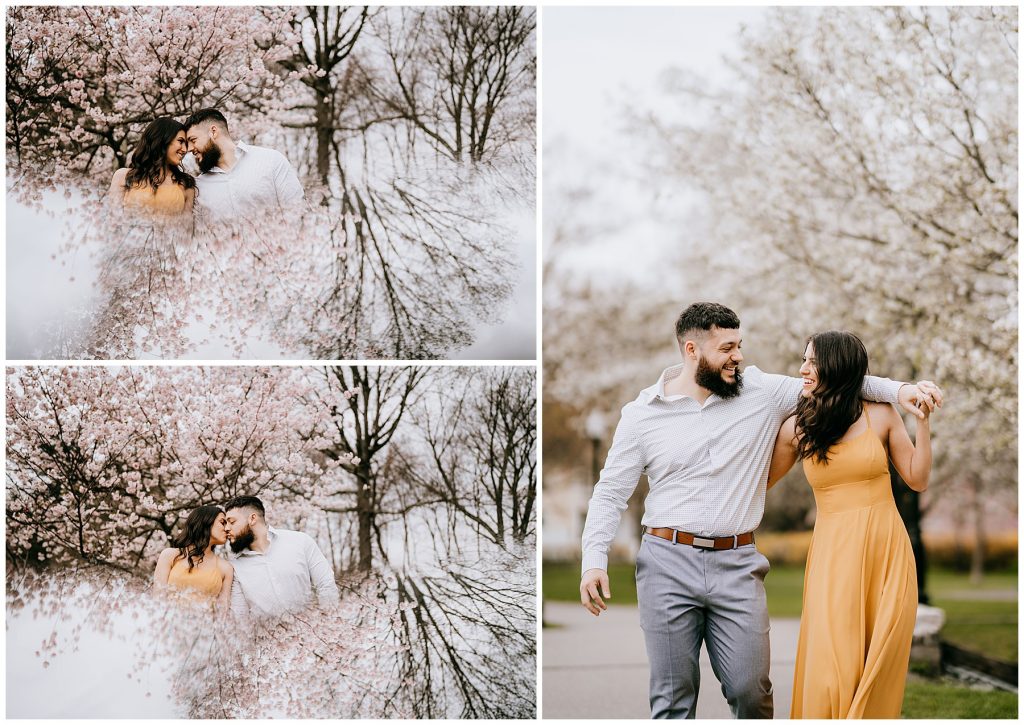 “In June 2012 a few friends and I made a trip to the annual State Fair in East Rutherford, New Jersey. While we were there one of my friends ran into an acquaintance that she had known from cheering with his sister, it was John. After leaving, John facebook messages his acquaintance for my phone number. She gave him my number and a few days later he texted me.” Engagement Session Verona Park

“Well, it had taken John almost three months to get the first date out of me! When we met at the end of June we had planned to go out together several times and each time I had ditched him or canceled plans last minute. He did not give up though and one night in early September I finally followed through with our plans and let him pick me up to go out and get frozen yogurt.”

“When we got there I noticed I was the only one loading up my cup with yogurt and toppings….come to find out that John was lactose intolerant and could not have any frozen yogurt but took me there anyway because it was what I had suggested.”

“There was not one time that comes to mind, it was our time that we were there for each other for the good and bad, the time we spent together talking and understanding each other’s feelings. We fell in love over time there are 1000 stories that we could tell to explain why we are in love but it wouldn’t do our relationship justice. We built on to our childhood feeling and became the people we want to become” Engagement Session Verona Park 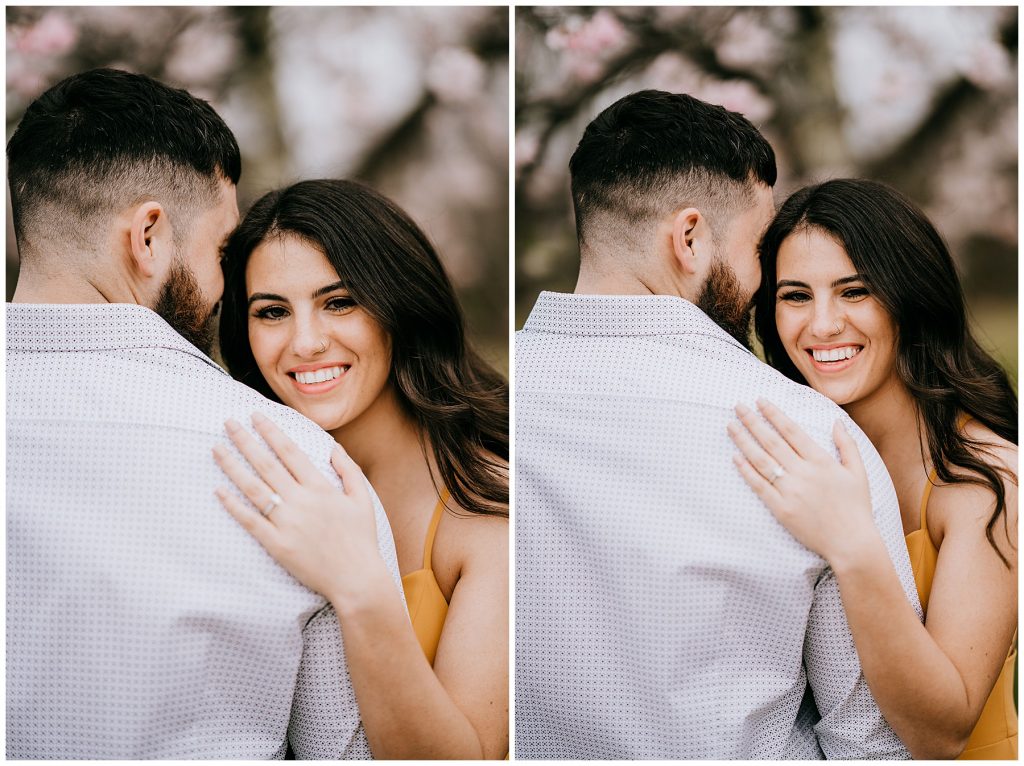 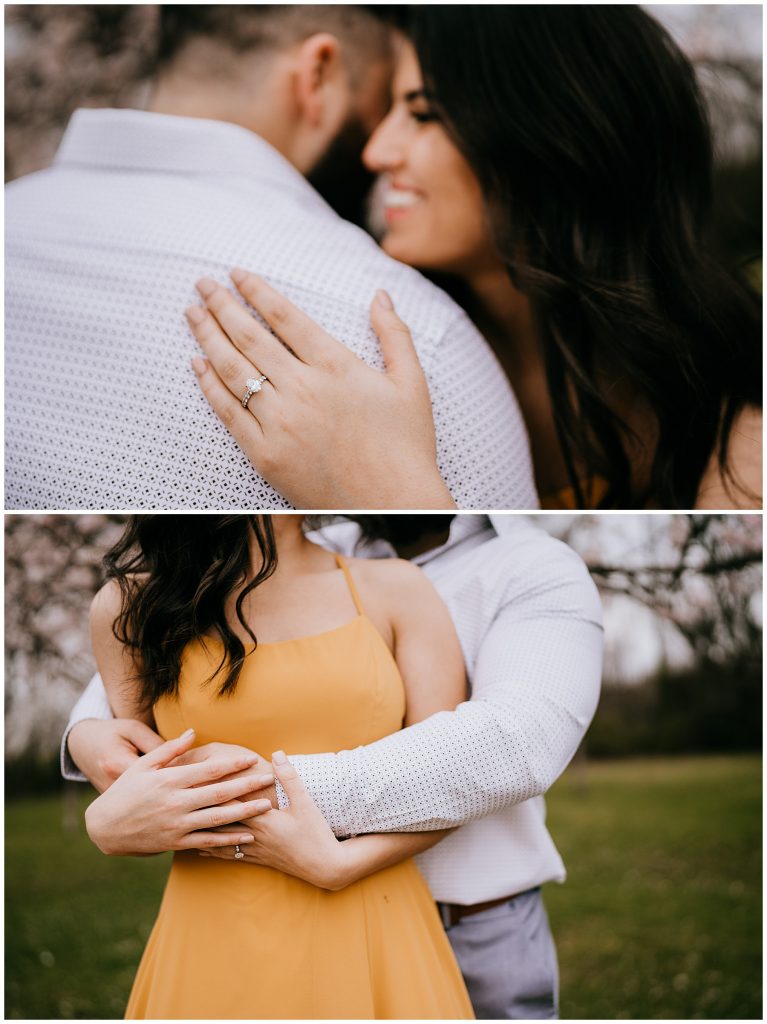 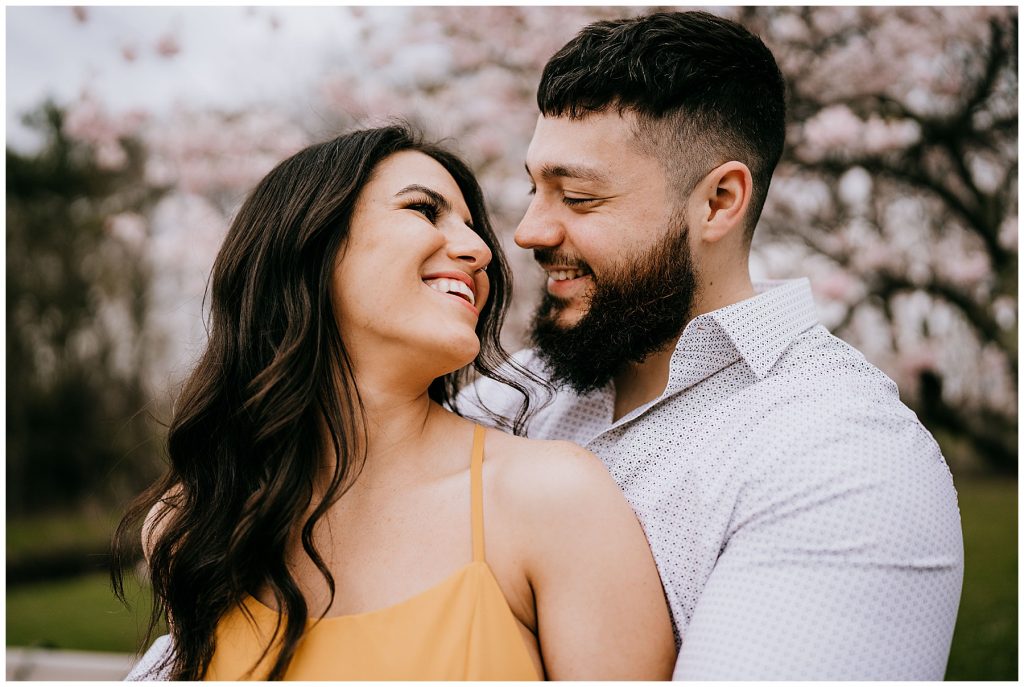 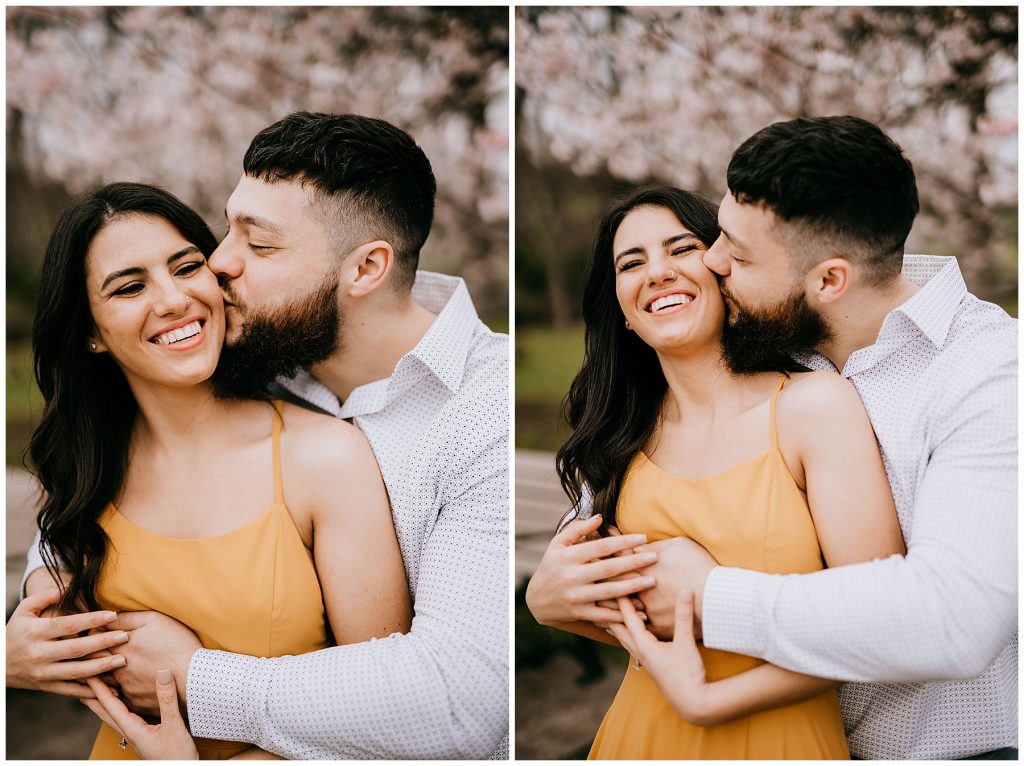 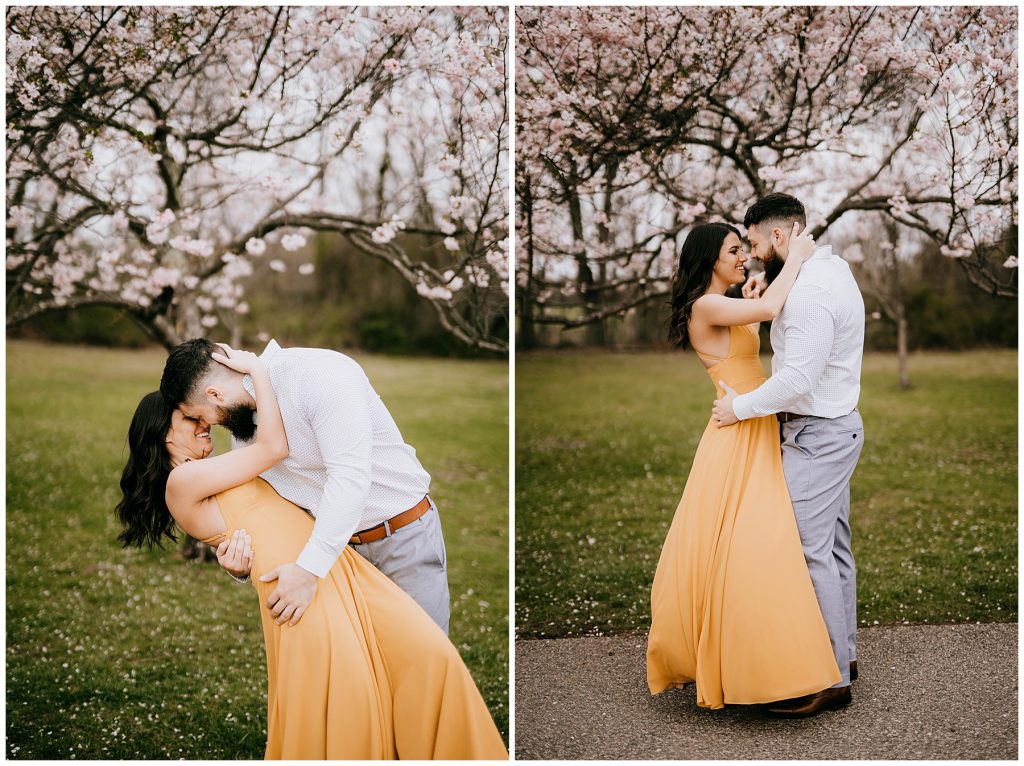 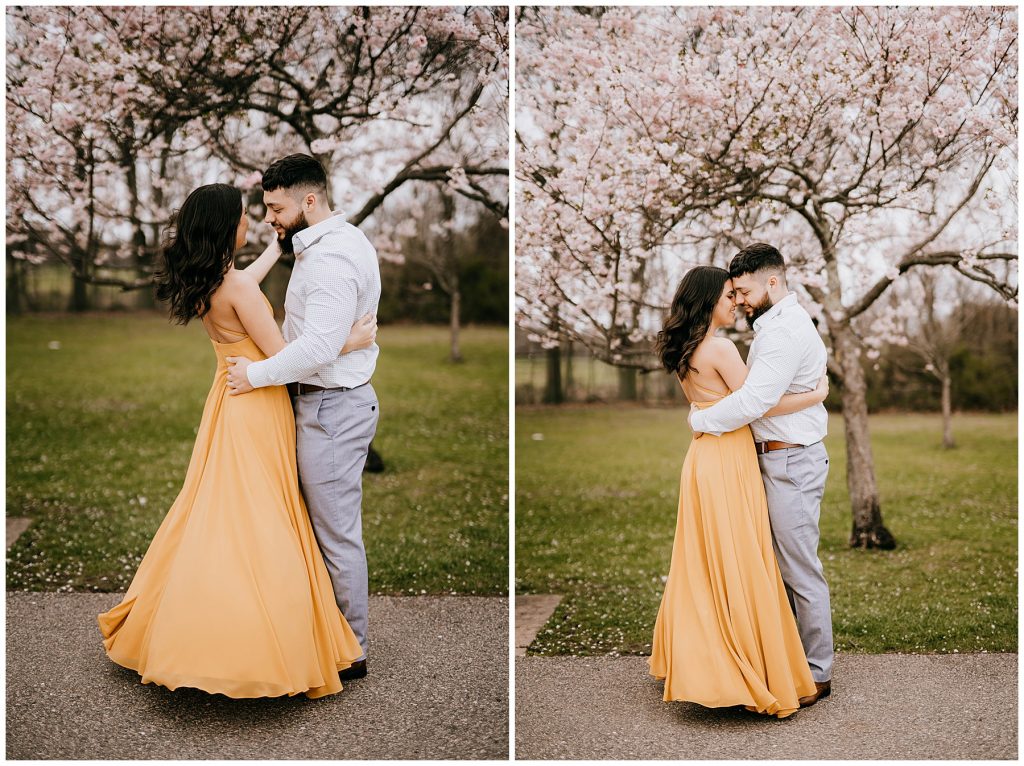 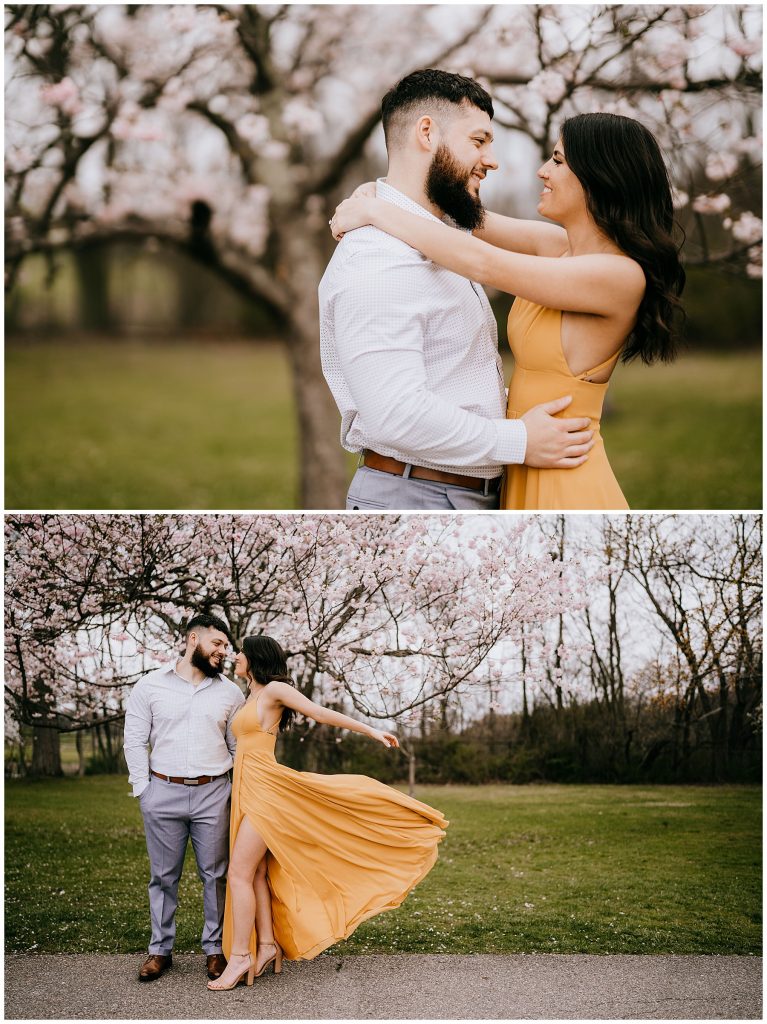 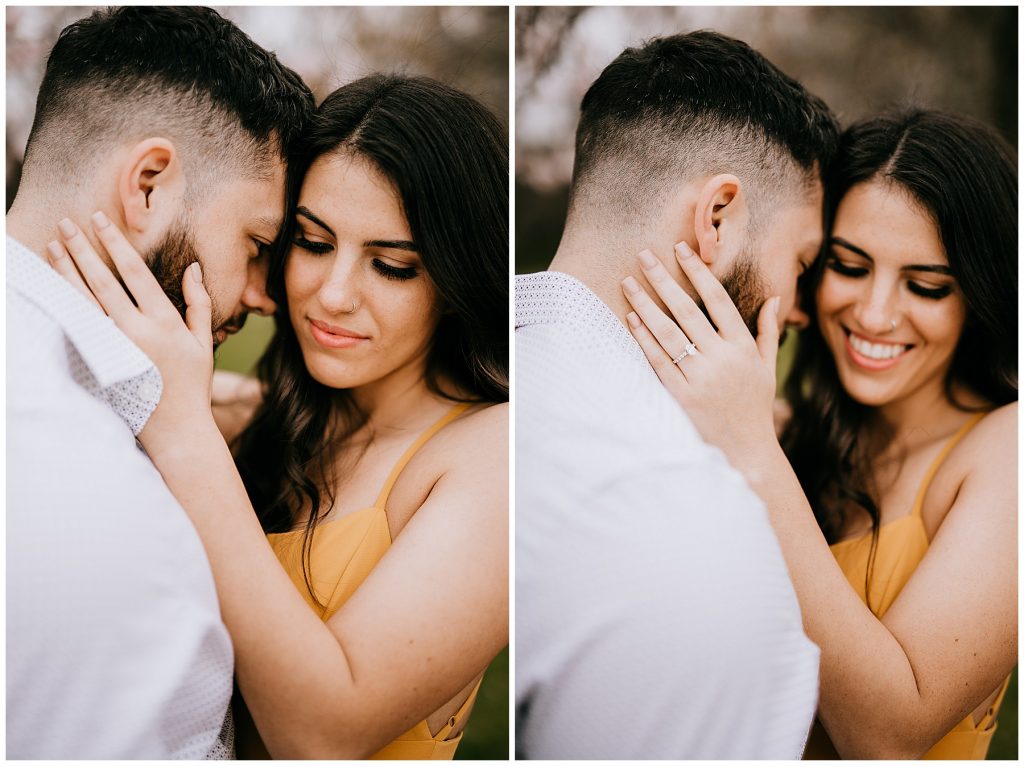 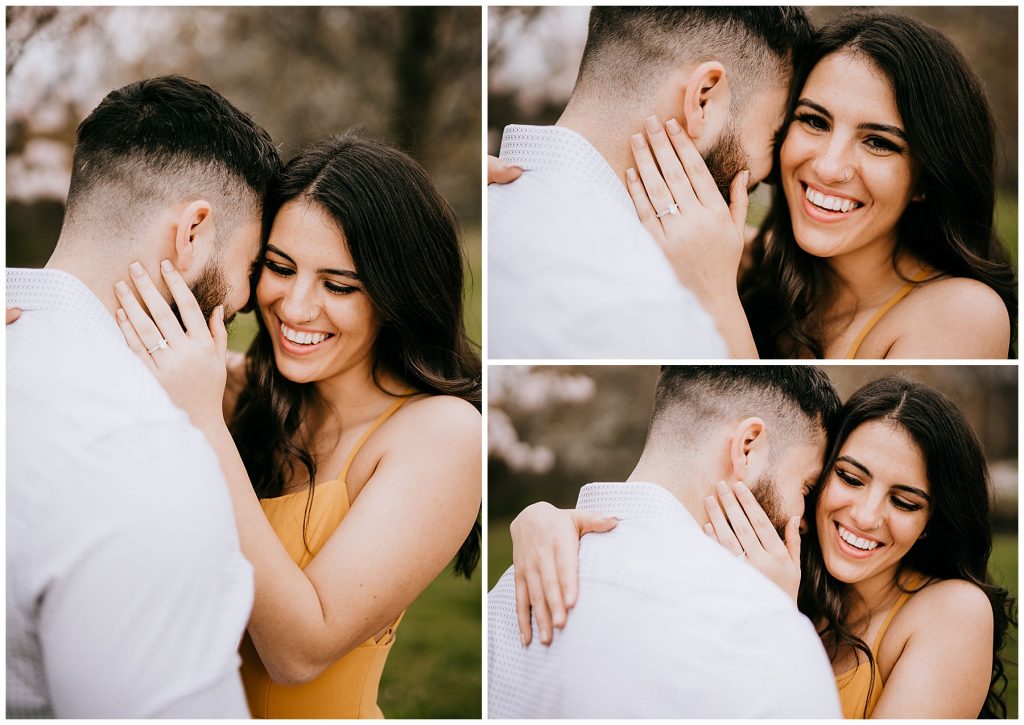 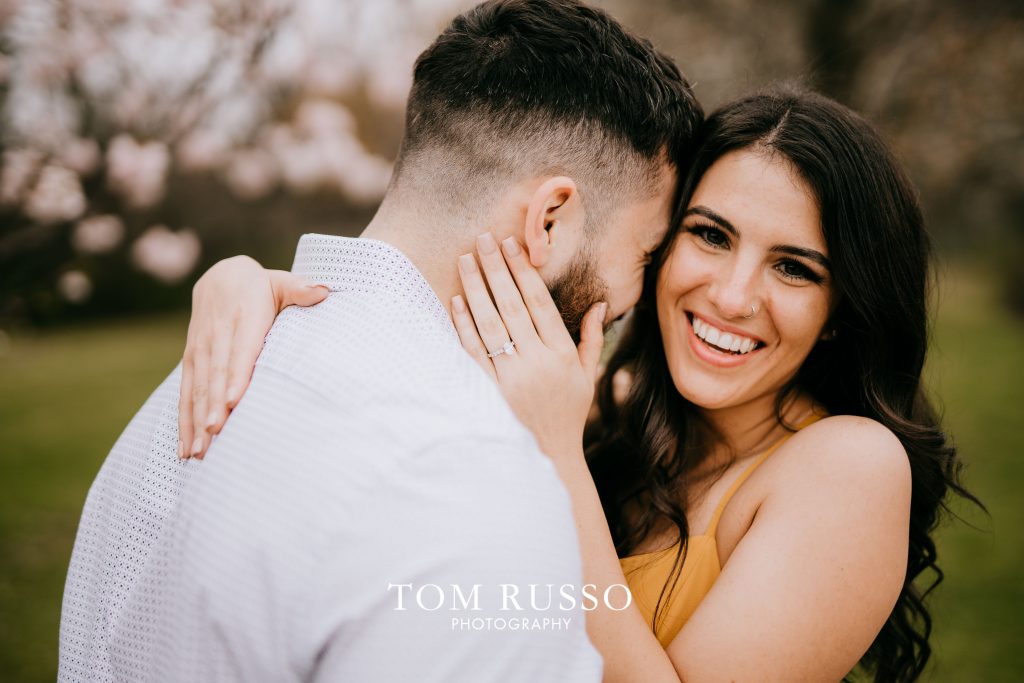 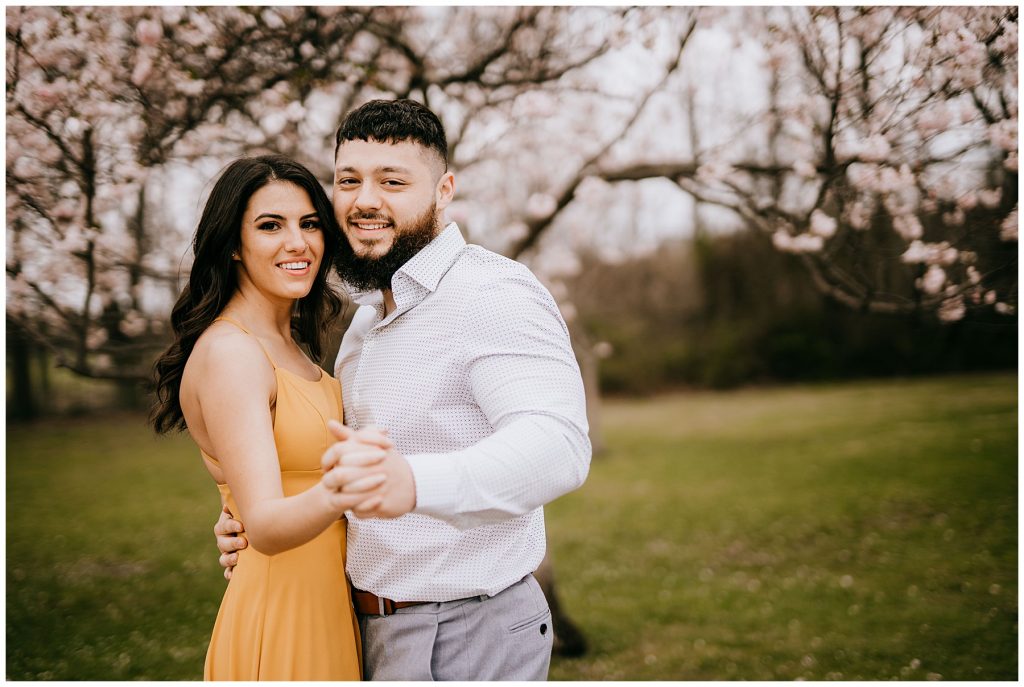 “Shortly after moving into our first apartment together, John decided that it was finally time to ask me to be to be his wife. John told me in advance he had a surprise for me from the jewelry store for our anniversary, but our date plans would be slightly delayed due to the pandemic. On October 14, 2020, our 8 year anniversary, John presented me with a beautiful diamond… earring set.” Engagement Session Verona Park

“Now that my guard was down, I was truly in for the surprise of a lifetime. On October 24th, 2020, we went to a beautiful park in northern New Jersey where I was surprised with a beautifully displayed fall-themed picnic. John told me that there was a photography bundle included in the package from the picnic company. So we posed, smiled, turned back to back, and when I turned back around John was on one knee.” Engagement Session Verona Park

“He asked the question, I said yes, and everyone else said FINALLY!”

“We are most excited about bringing everyone together and having a big celebration. We are the only people who have decided to have a big wedding in our family so it is going to be special.”

“Forever and a Day”

Gina: “My favorite thing about John is that he has such a big heart. He is the most generous, kind-hearted, and selfless person I know. Even though he may put on a tough front he really does have a beautiful heart and I love that I get to see that side of him.”

John: “My favorite thing about Gina is how hard of a worker she is. Gina is determined, strong-willed and fearless. Every day she wakes up and does what she has to achieve what she wants in life. SIW”

“Both of our favorite quirk about each other is how weird and silly we can be with each other when no one is around.”

“We would be on a beach somewhere with drinks in our hands, relaxing and listening to music.” 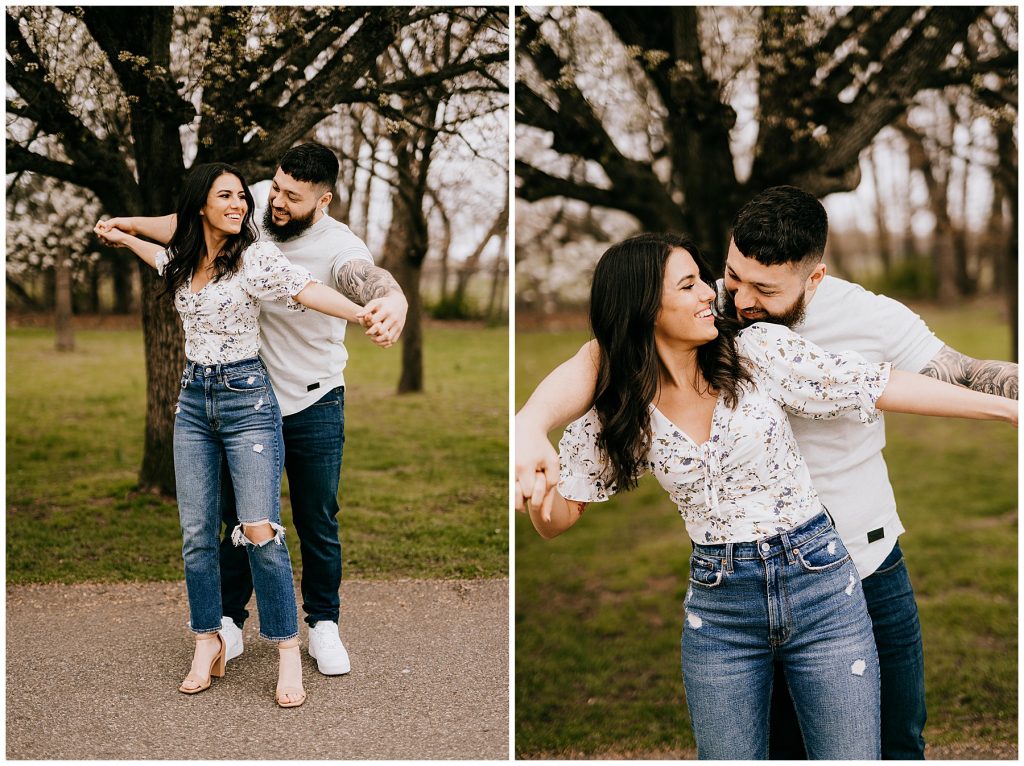 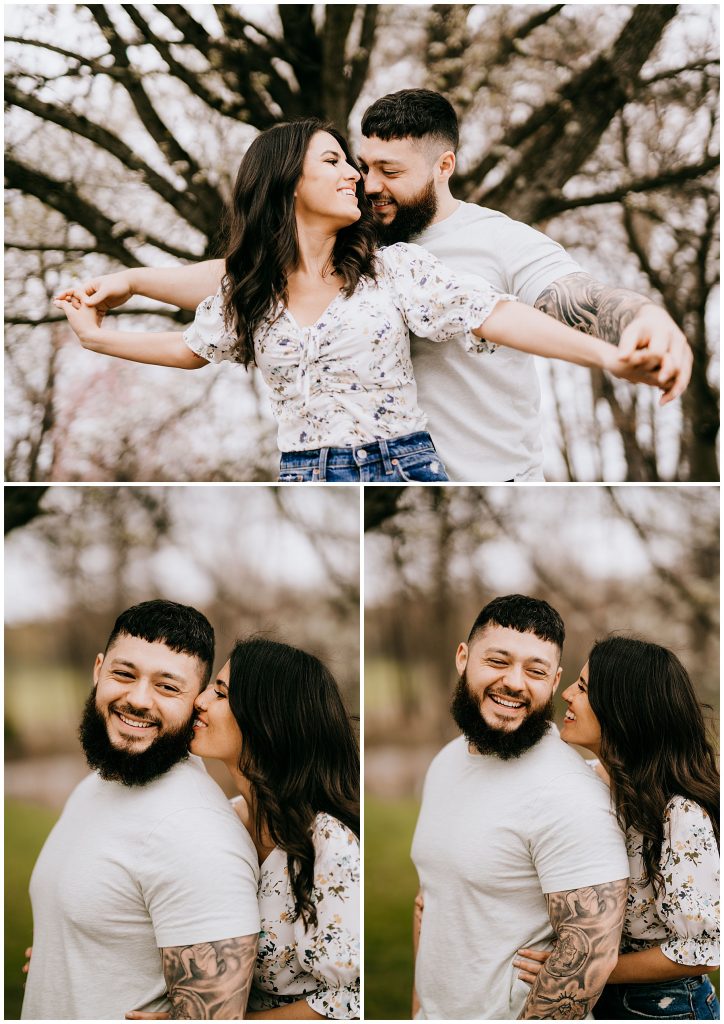 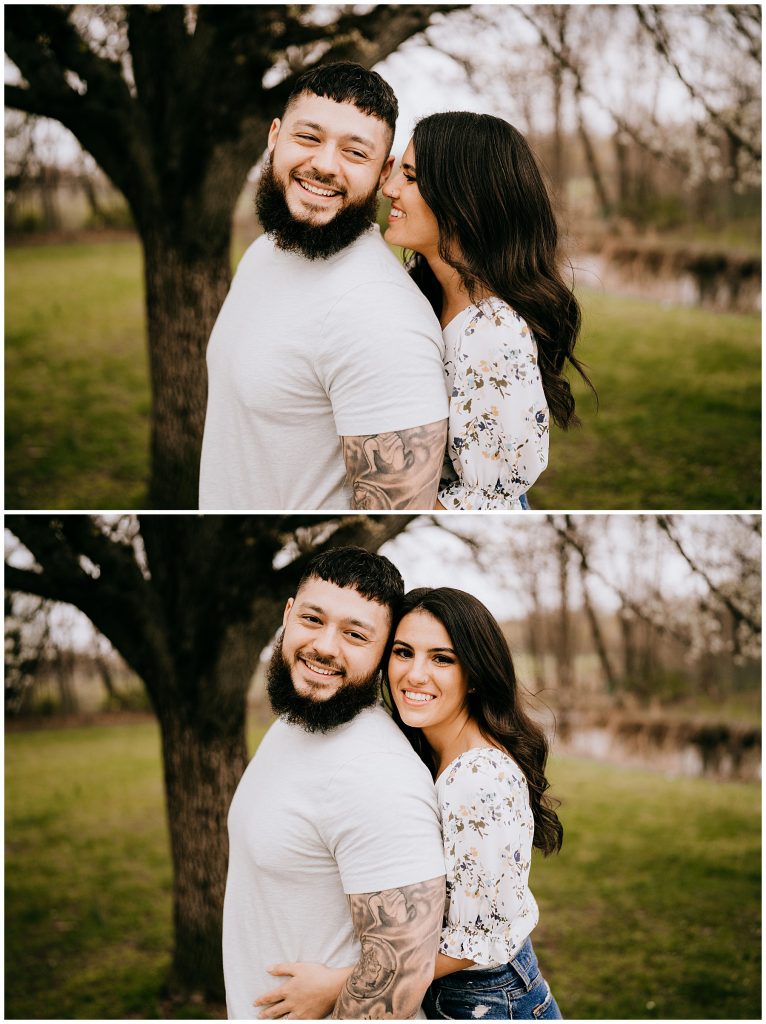 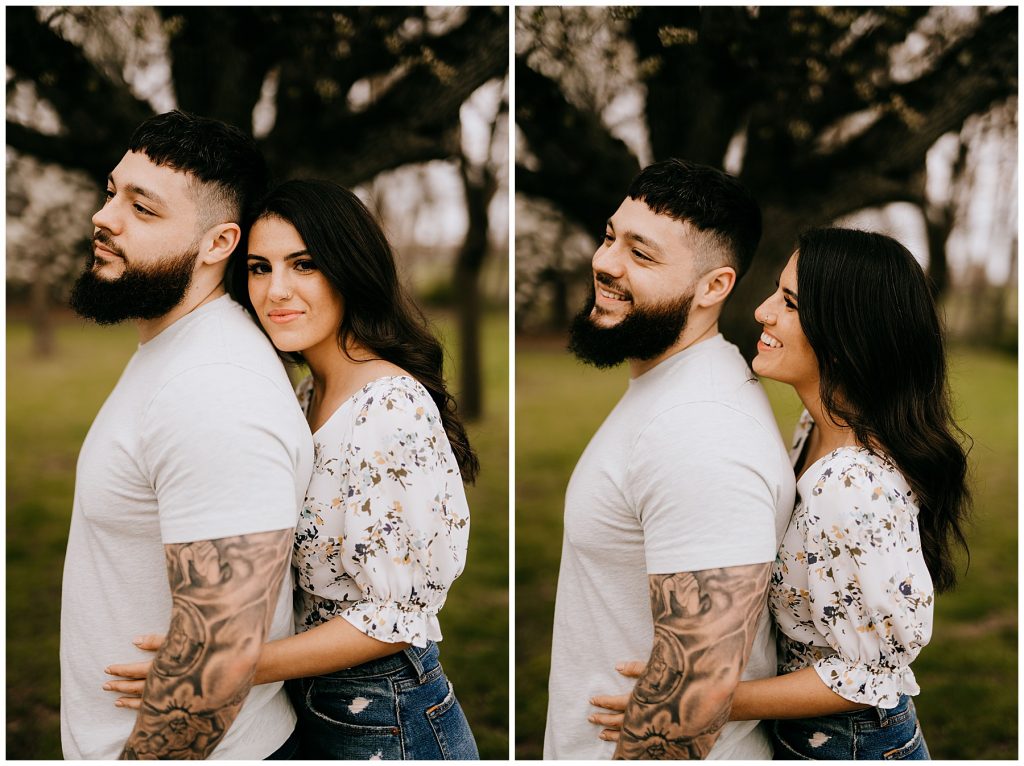 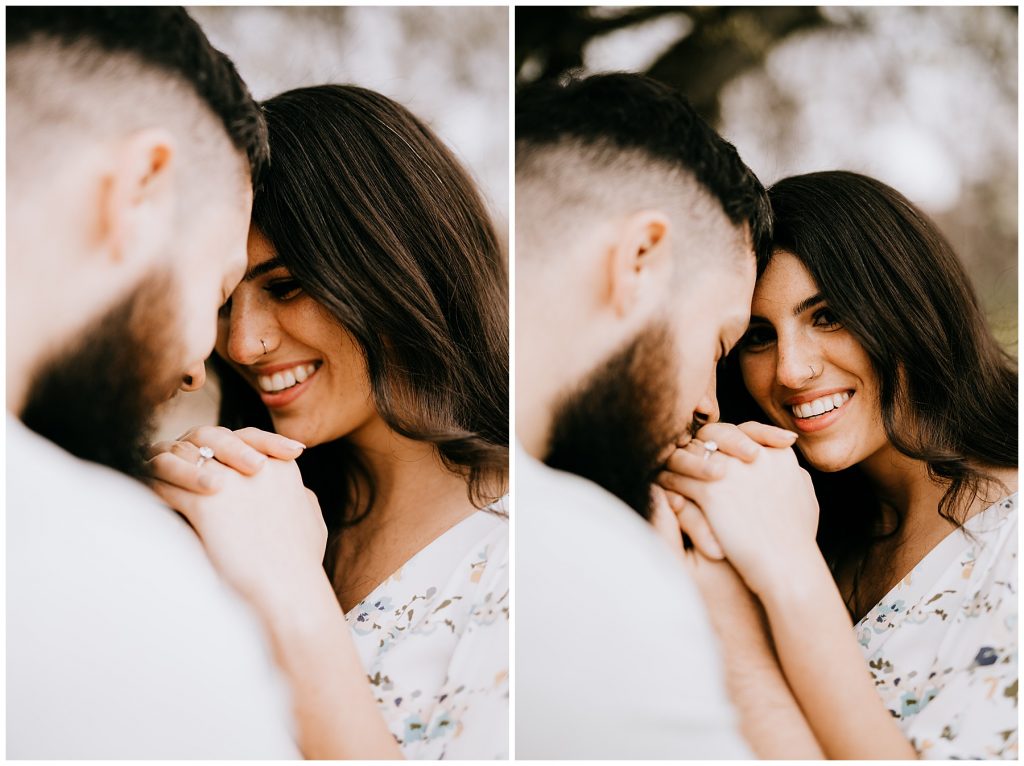 Gina- “I feel most loved by John when he sees that I am stressed and just knows exactly the right thing to do to calm me down and make me feel better.” 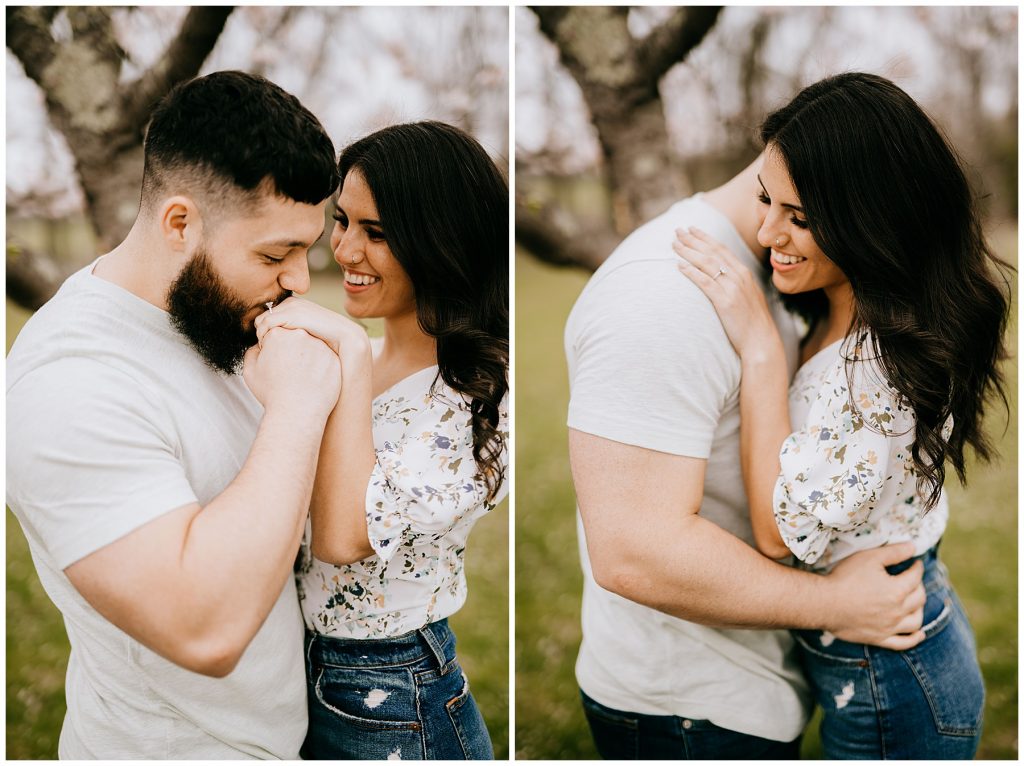 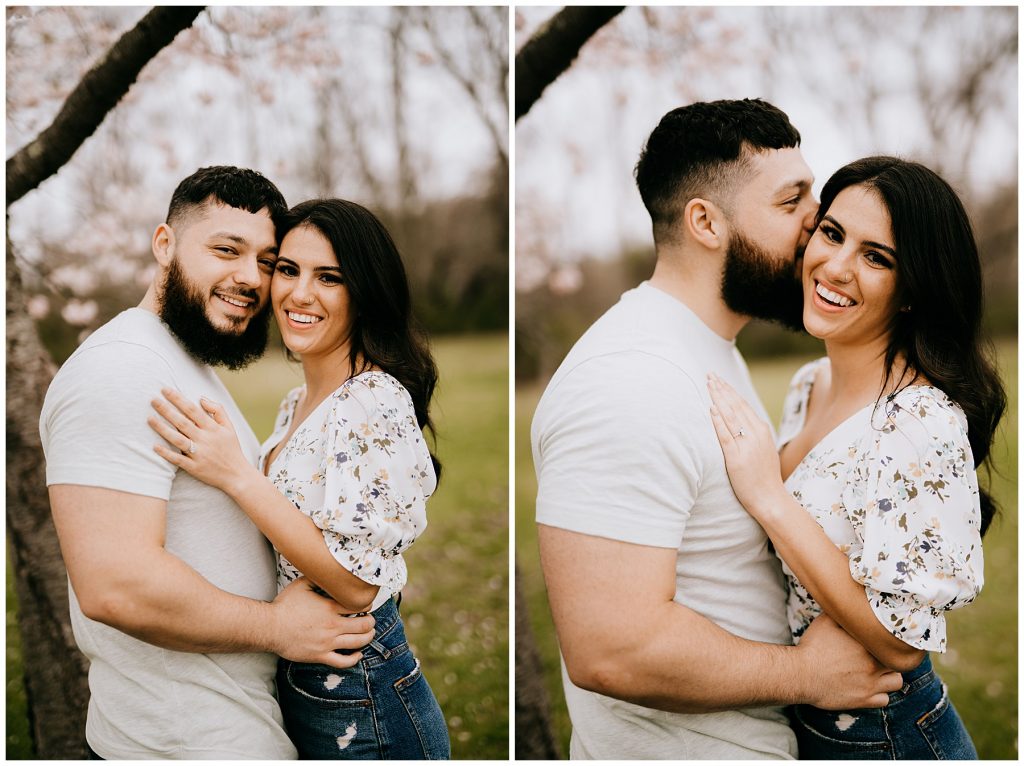 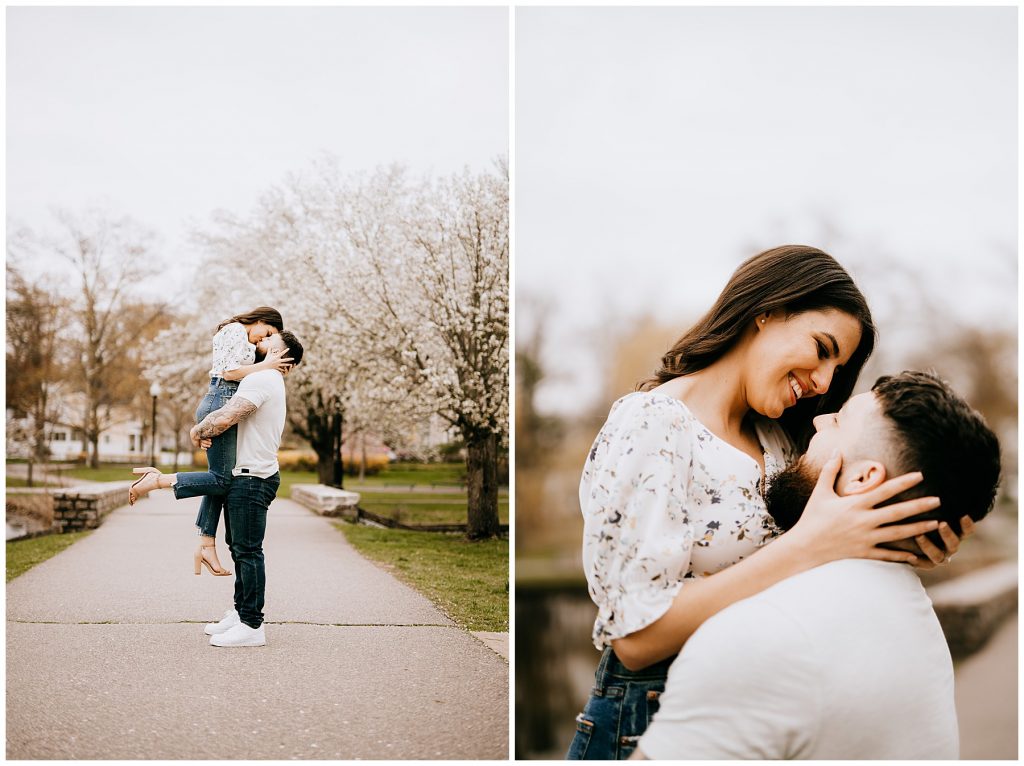 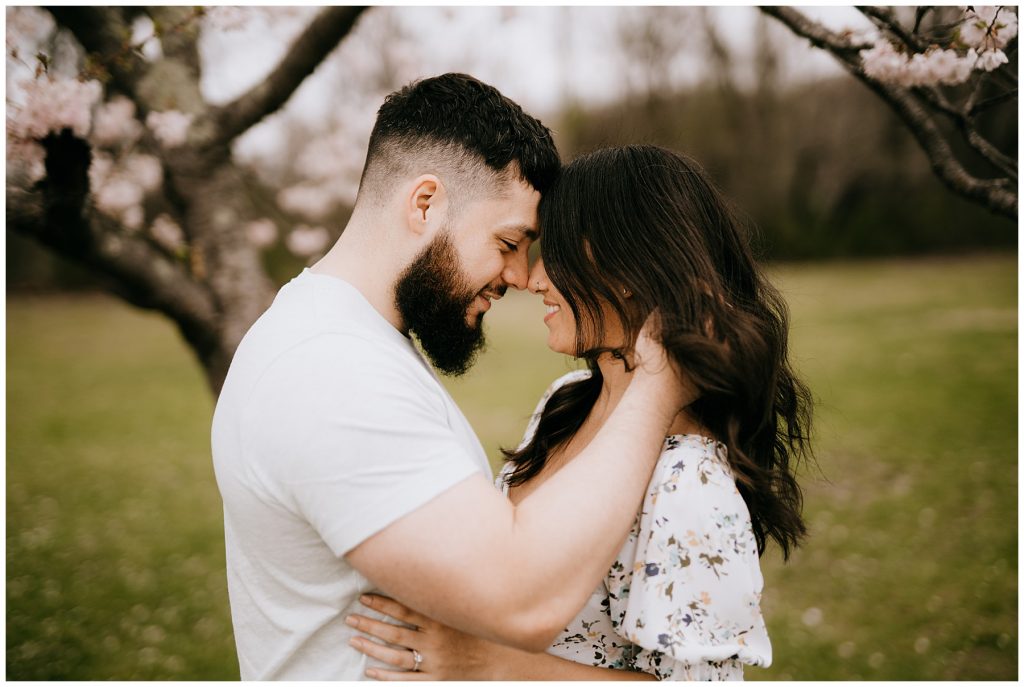